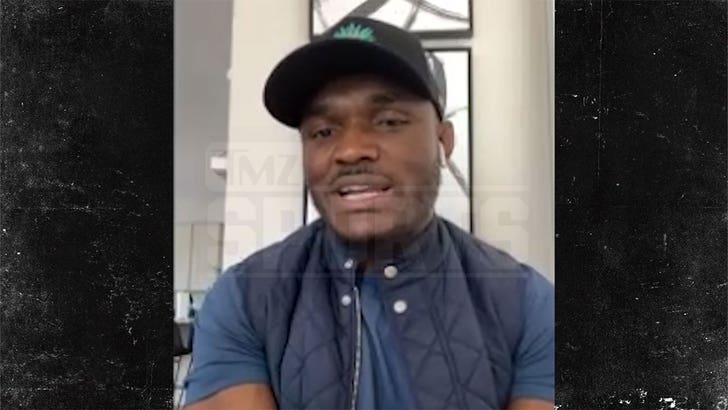 Kamaru Usman is laser-focused on his upcoming match with Leon Edwards ... but the UFC superstar admits to TMZ Sports he's still hoping for a fight with Canelo Alvarez down the road.

The welterweight champion said the tilt would be "a spectacle" -- and predicted it'd be one of the most anticipated events in combat sports history.

"It's never been done, pound-for-pound versus pound-for-pound," Usman tells us. "And, they're significantly close in weight classes to be able to do it -- why not?!"

"I don't think there's going to be anyone in the world who's not watching that fight." 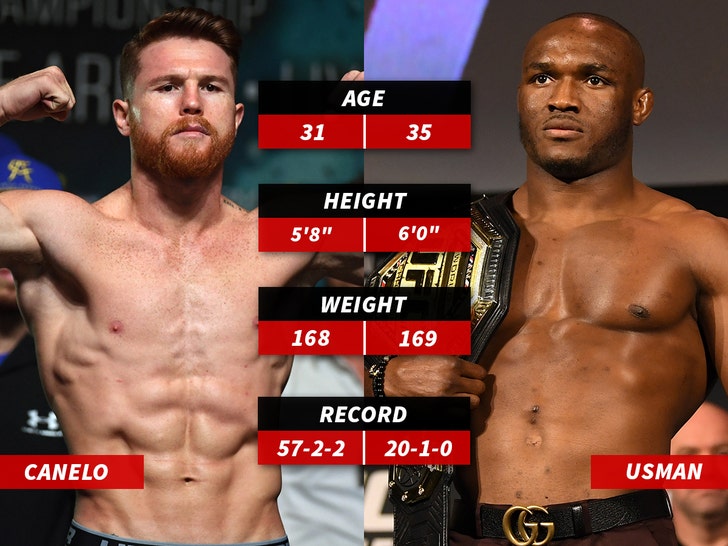 Of course, Usman is slated to rematch Edwards next month -- while Canelo is set to fight Gennady Golovkin for a third time in September.

But, after those two matches wrap up -- Usman made it clear, he'd be more than down for a collision with the star boxer.

"When you hear that fight's announced," Usman said, "everyone's going to be watching that fight."

Canelo has expressed at least some interest in a fight with Usman -- though he wrote in a tweet to The Nigerian Nightmare back in April that he had a legacy to make before he got in the ring with the MMA star.

You calling me out right ? You want the pay day right ? So you know where, but sit down it's not your turn yet I have a legacy to make 👊🏻 https://t.co/4oMQ0LOq1m

If Canelo isn't on the horizon, Usman tells us he's got a desire to move to the lightweight division, and take on either Jan Błachowicz or Jiří Procházka.

But, don't get it twisted, Usman is locked in on his Edwards fight -- explaining to us he's only leaving his house to hit the gym to train. 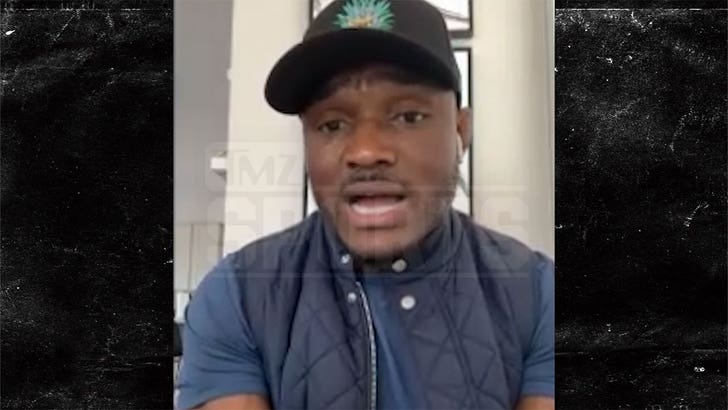 BTW -- Usman is up for the ESPY award for Best MMA Fighter against Alexander Volkanovski, Charles Oliveira and Kayla Harrison ... and check out the clip -- ya gotta hear why he thinks he's the no-brainer to take home that prize later this month. 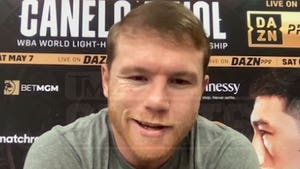 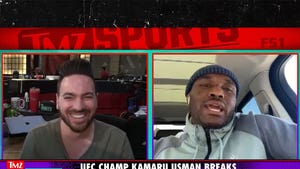 Kamaru Usman Breaks Silence On Khamzat Chimaev, Zero Doubt I Can Beat Him