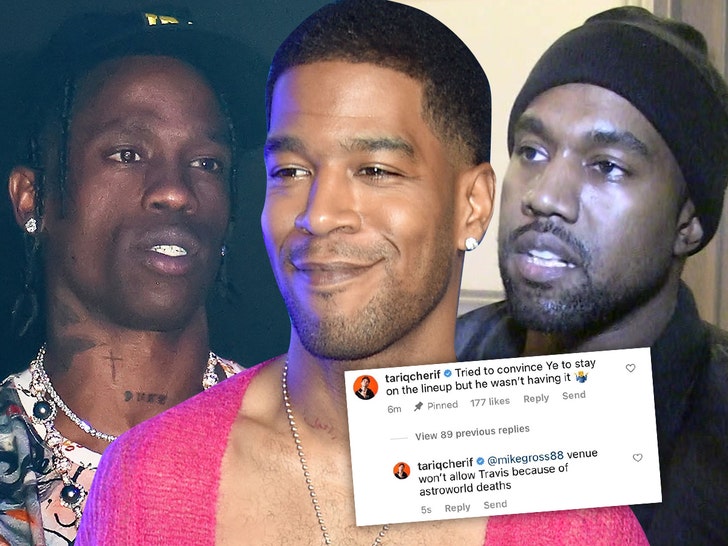 11:40 AM PT -- We just spoke with Tariq, who says he was quick to delete his now-viral comment because it simply was not accurate. Tariq says RL actually DID reach out to Travis to headline Rolling Loud, but it couldn't work in time ... Tariq's comment on Instagram appears to have been made out of frustration from negative posts from festival-goers demanding Travis.

Our Travis sources say the rapper demands a perfect show for his fans, and they couldn't get the production to be on-par in less than a week of preparation.

Kanye West is no longer headlining Rolling Loud Miami, and while many thought Travis Scott would have been the perfect fit to replace Ye, the festival's founder says it wouldn't have been possible after the deaths at Astroworld. 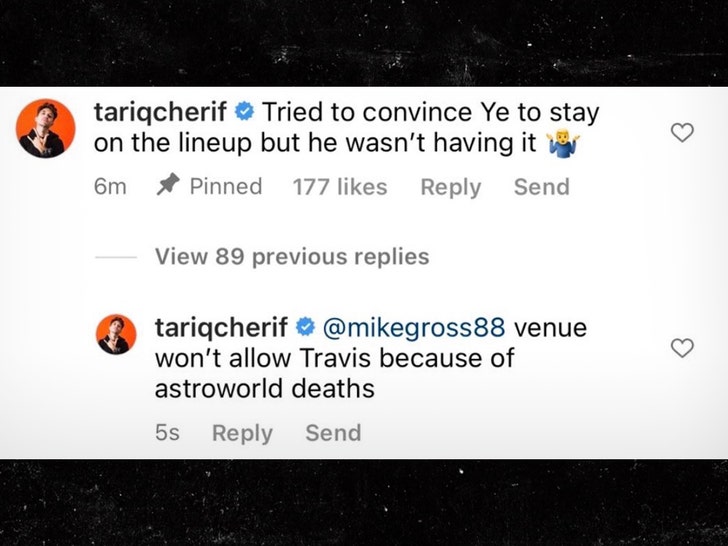 Ye was scheduled to perform as Friday night's headliner, but Rolling Loud announced over the weekend that he would no longer be taking the stage due to circumstances out of RL's control ... Kid Cudi, who has his own beef with Ye, was named as the replacement.

What Tariq didn't make clear, why would the venue, Hard Rock Stadium, feel Astroworld was Travis' fault? An RL spokesperson tells us, "All artists are in consideration for the event. But, in this case, each situation had logistical challenges and Travis wasn’t an option for this upcoming week."

We spoke with sources familiar with the festival's planning who tell us there simply wouldn't have been enough time to arrange production logistics - like security and get insurance - to cover Travis' performance. We're told it's just not possible to land someone of Travis' level with such short notice.

As we've told you, Travis and his team have maintained he didn't know the severity of what was happening in the crowd -- and video of cops calmly watching his performance while chaos was unfolding in the audience seems to support Travis' claim of not knowing how bad things actually were. 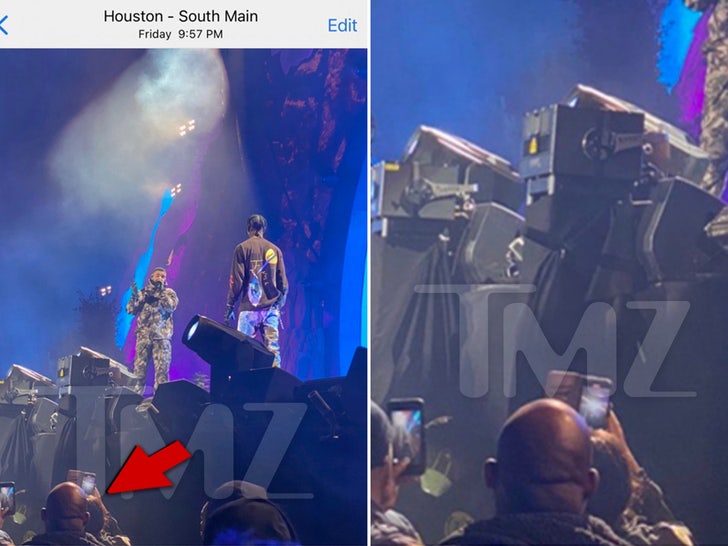 The Astroworld music festival resulted in 10 deaths, but the investigation into the failures that led to those deaths continues ... there's also billions of dollars worth of open litigation in connection to the festival.

As for Rolling Loud Miami, Cudi, Future, Lil Durk, Latto, Kendrick Lamar, Lil Baby, Curren$y and several others are still scheduled to perform ... so even without Ye and Travis, there's still plenty of talent for fans to get excited about. 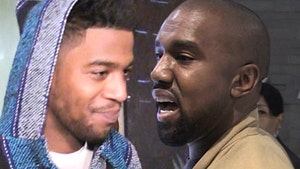 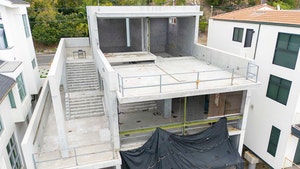