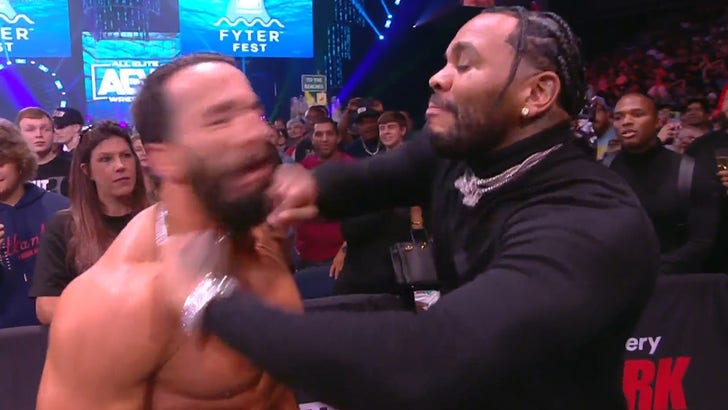 Kevin Gates is not one to mess with -- the popular rapper straight-up clocked AEW star Tony Nese during Dynamite on Wednesday ... after he was told his music sucks!!

It all went down at the Gas South Arena in Duluth, GA ... where Gates was standing ringside as the newly-crowned tag team champs, Keith Lee and Swerve Strickland, celebrated their titles in the ring.

During the segment, Nese and his on-screen manager, Mark Sterling, interrupted the festivities ... and the duo immediately went up to Gates and demanded he sign a petition to have Strickland removed from the AEW roster.

Gates refused ... which set off Sterling, who said, "Just like Swerve Strickland, you're untrustworthy, and your music sucks!!!" 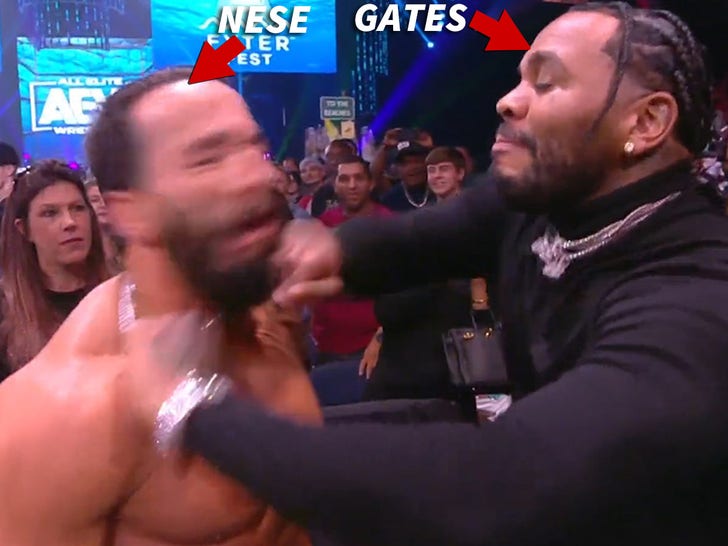 After Tony stepped in between Gates and Sterling ... and BOOM, down went Nese with a mean right hand from the 36-year-old "2 Phones" hit-maker.

Based on the vid of the incident, it certainly looked like Gates made contact with Nese ... which sent him to the ground.

The AEW fans ate it up ... applauding the AEW superfan for exacting some revenge on Nese for crashing the celebration.

Maybe next time, Nese will think twice before coming for Gates' music ... or maybe we can see them duking it out in the ring soon?? 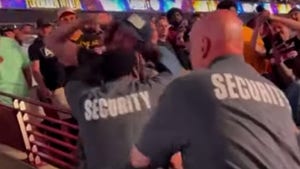