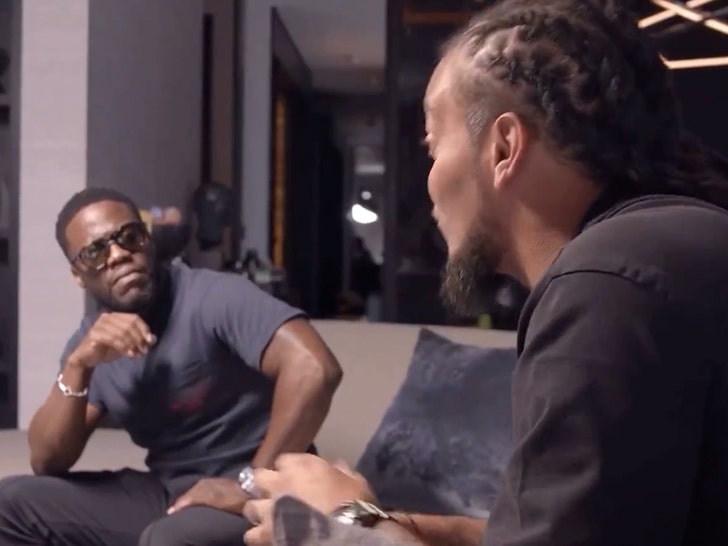 Kevin Hart had a priceless reaction to ex-NFL player Channing Crowder's appreciation for nudist colonies ... going full roastmaster mode and clowning the dude on his own show!!

The ex-Dolphins linebacker opened up on his "The Pivot" podcast about how he and his wife of 11 years, Aja, like to take annual exhibitionist trips ... saying, "Once a year, we go to a nudist colony. We go to a place where like you walk in and everybody just gets naked and walks around."

Say what???? @KevinHart4real wasn’t sure if he heard @OfficialCrowder wrong or was hoping he did👀

Hart -- who was a guest on the podcast -- looked at CC in complete disbelief ... and asked, "You hear whatchu saying out loud, brother?!"

Crowder admits there are some swingers around when they take their trips ... but explains they don't participate, they just "like being around naked people together."

When CC asks Hart if he's into that kinda stuff ... he shuts down the idea. 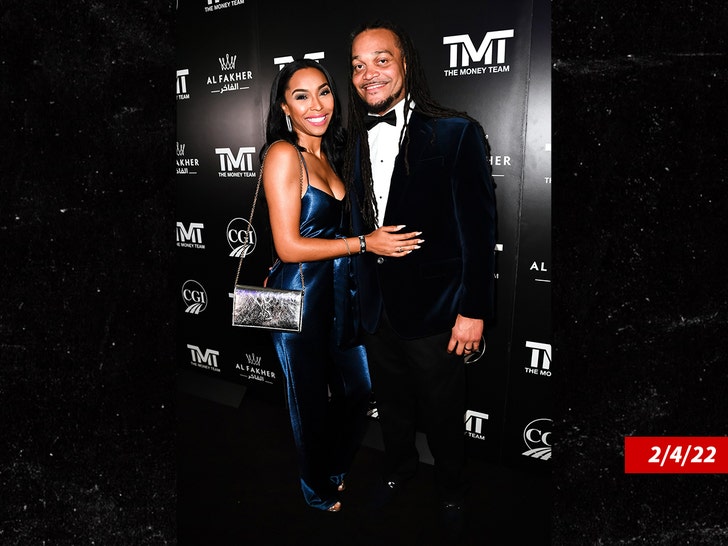 "To be honest with you, I have no desire to be around a bunch of people I don't know just sitting there naked," Hart said.

Hart then ends the funny convo with a joke, saying "I'm willing to bet a good number it ain't a lot of put-together people going through this little stage."

Hey, no shaming nudists over here -- to each their own ... but clearly, we aren't gonna see Kev in the buff anytime soon. 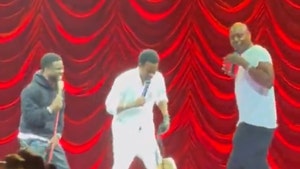