Drake’s dad, Dennis Graham, might have gotten a massive tattoo to honor his son ... but Drake isn't feeling it.

Drake had OVO Fest in Toronto over the weekend where he reunited with Lil Wayne and Nicki Minaj … but somehow his mind focused on his father’s tattoo portrait of him from 2017.

“I was sitting here thinking why you do me like this we family 😂 😂” Drake wrote in the middle of the night, tagging his dad.

Dennis hopped in the comments, saying he felt his son’s emotional pain over the tat … but he had been experiencing REAL pain -- 16 different tattoo artists -- in efforts to get it closer to Drizzy’s likeness. 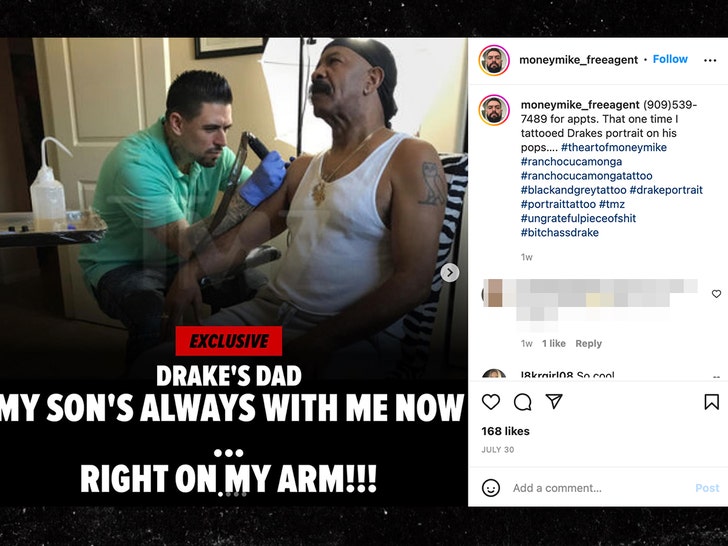 That's an awful lot of needle time … maybe the 17th will be the charm?

The massive tattoo took 4 hours to complete and artist Money Mike told TMZ at the time how proud he was of his pro bono work … but a recent Instagram post down memory lane suggests he’s not feeling Drake’s critiques, where he included hashtags “b*tchassDrake” and “ungratefulpieceofsh*t." 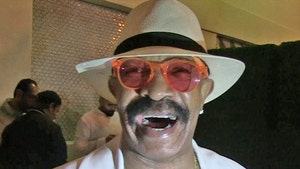 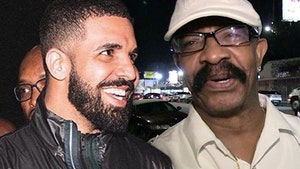