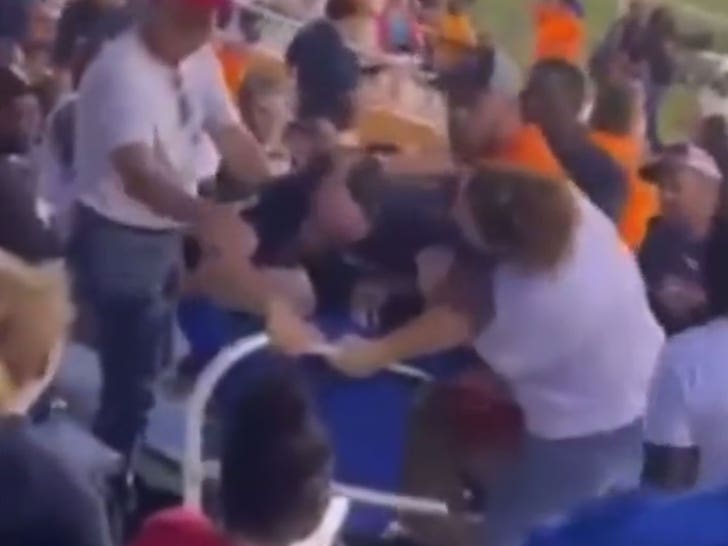 A wild fight broke out in the stands at a high school football game in Mississippi Thursday night ... leaving one man bloodied, and the chaotic scene was captured on video!!

It all went down during a football game between the Wayne County War Eagles and the Quitman Panthers ... when two men began screaming at each other during the contest.

In the clip, a man wearing a blue Heidelberg football shirt stood up and told the other guy, who appeared to be wearing a navy shirt, "I'll whoop your ass," as the two went back and forth.

The video shows the guy responding by saying, "Come on out to the parking lot. Come whoop my ass" ... and that's when all hell broke loose!!

The guy in the Heidelberg football shirt walked down the stadium stairs, and that's when the guy in the navy shirt attempts to pick him up and unloads a series of punches.

Fight broke out on opening night at the Quitman/Wayne County game. Football is officially back in Mississippi. Also, this is pathetic pic.twitter.com/F8hHOHxRWY

It's unclear how many punches were thrown, but the fight left one guy bloodied ... as spectators nearby tried to separate the two parties and restore some semblance of peace.

We reached out to Wayne County H.S. and Quitman H.S., and they tell us they have no reason to believe either individual seen fighting in the video was affiliated with either H.S.

Welp, was just told that a Mississippi High school football coach got into a fight in the stands while scouting at another game. This is a wild development. pic.twitter.com/VkVCASaB3Y

The Chief of Police with Wayne County School District's Police Department told us he had "no comment" at this time.

The Mississippi High School Activities Athletic Association told us they are aware of the fight ... and are actively investigating the incident. 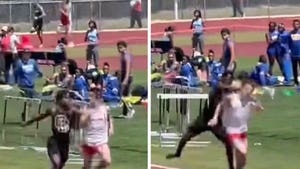 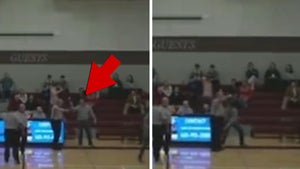