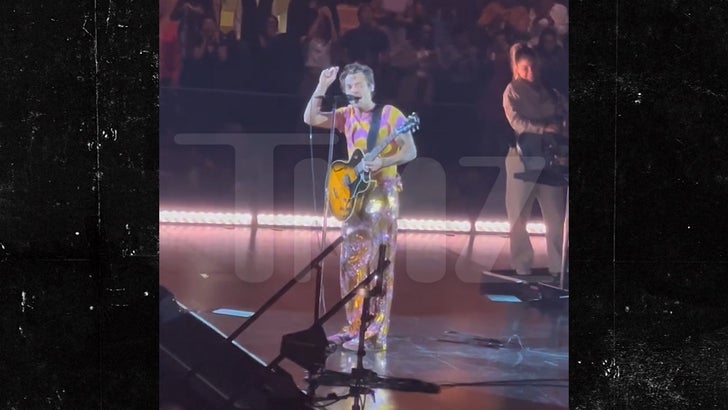 Harry Styles is leaning into the whole "I hawked a loogie on Chris Pine" story by leaning in on it ... which is exactly what he did Wednesday night in concert.

Harry performed to a sold-out crowd at Madison Square Garden, where he told his fans he had just popped over to Venice to spit on his fellow costar of "Don't Worry Darling." No doubt he was trying to telegraph the story was BS, and the fans ate it up. 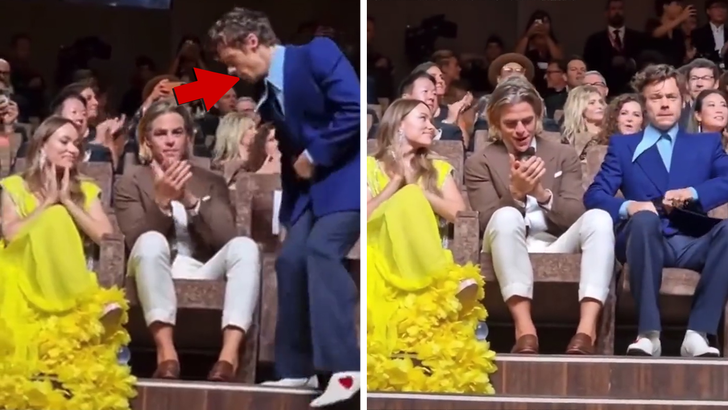 As you know, a video's been circulating that shows Harry taking his seat next to Chris Pine at the Venice Film Festival and as he sits it looks like he spits on Chris's lap, and Chris reacts in a way that aligns with what lots of folks think.

Chris's rep called the story ridiculous, saying it never happened. However, a source very close to Chris tells TMZ the actor had said privately that it did indeed happen.

There may be more drama among the cast than on the screen. If the spit was real, it actually might be brilliant. More attention to the film ... right? 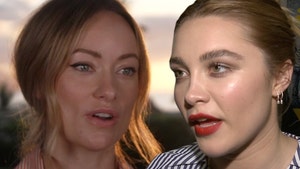 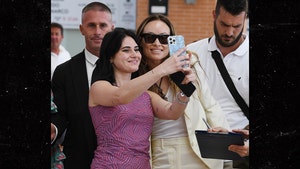