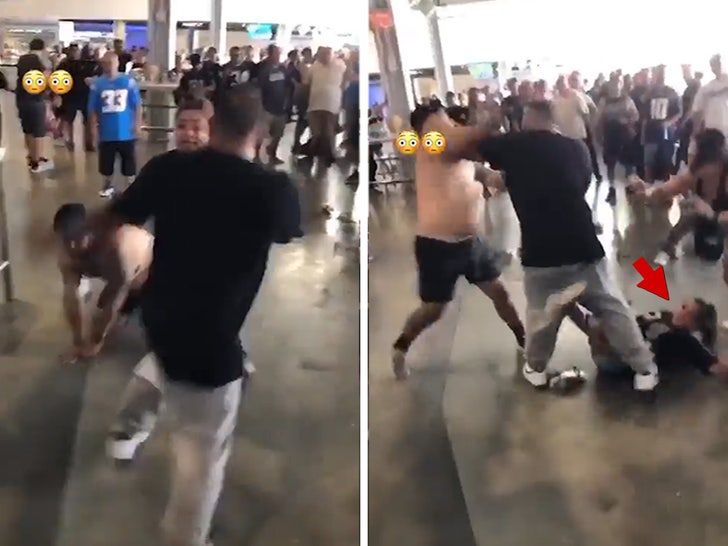 Ugly scene at the Chargers vs. Raiders game on Sunday -- several fans got into a wild brawl  ... and things got so violent during the altercation, one woman ended up being punched in the face twice by a man.

The fracas broke out inside of a concourse at SoFi Stadium during the AFC West showdown ... when a man wearing a black shirt approached several people in Raiders jerseys and started swinging.

Meanwhile at the #Raiders game 🤯

The man hit multiple people with the strikes ... dropping one guy -- and then seemingly KO'ing another.

That's when a woman -- who was wearing a No. 24 Raiders jersey -- tried to intervene.

In footage shot by a bystander, you can see she attempted to swipe at the man and then grab him to break it all up. But, the guy threw two left hands at her face -- and both blows appeared to connect.

The man then went on to punch a shirtless fan a few more times, before the clip ended.

No word on if anyone was hurt or injured during the mayhem ... and it's also unclear if any arrests were made. We've reached to cops, but have yet to hear back. 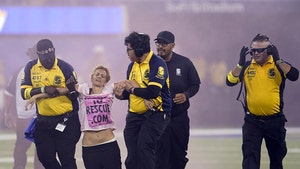 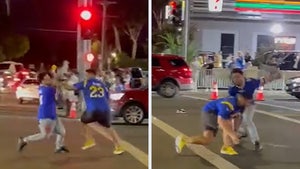