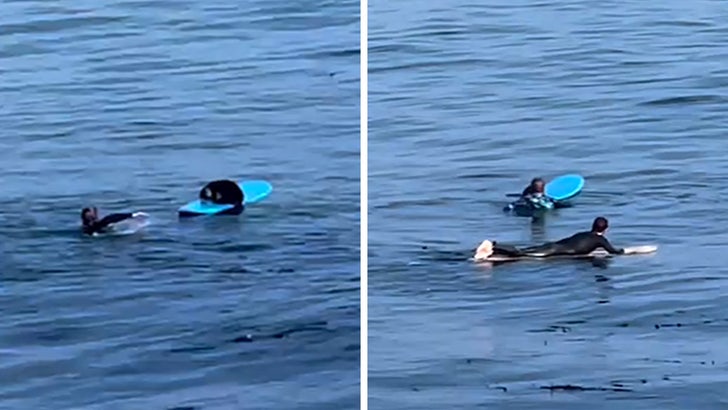 A surfer's day on the waves quickly turned into a fight for his board -- 'cause a sea otter stole it from him as he was dippin' in the Pacific Ocean, and refused to give it back!!

The wild scene all happened off the shores of California on Monday when an otter plopped itself onto Nick Ericksen's ride as he was hittin' the waves.

Video shot by one of Ericksen's friends showed despite all of the surfer's efforts to displace the animal -- it wasn't budging.

The two then engaged in a standoff for several moments -- with the otter in absolutely no mood to get back in the water. 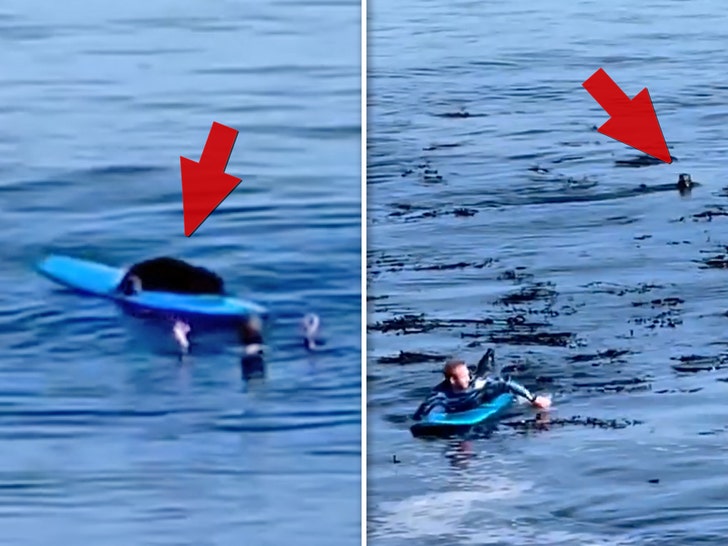 At one point, Ericksen managed to get the otter off the board for a few seconds -- but it climbed back on and, again, didn't want to leave.

Finally, another surfer came to the rescue ... and pulled the board away long enough for Ericksen to hop back on it.

The whole thing was pretty funny -- but also a little scary, 'cause the pissed-off otter followed the surfer for a while!!!

According to one of Ericksen's friends, the surfer had considered getting an otter tattoo recently, "but this may have changed his mind." 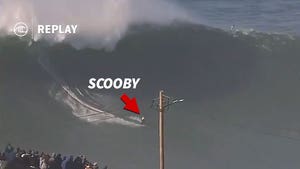 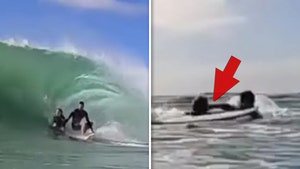