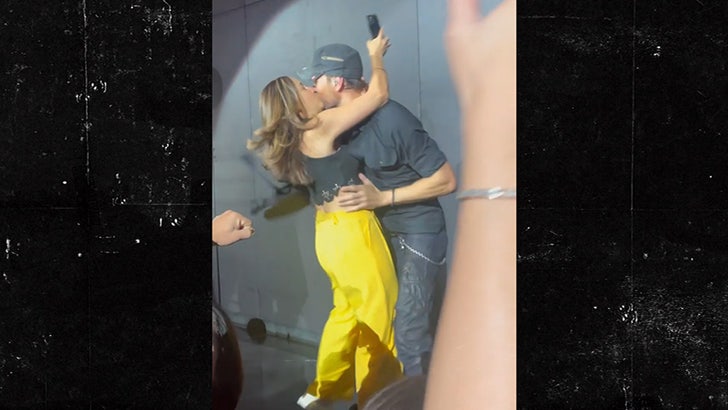 Enrique Iglesias got a little handsy with a fan during an apparent meet and greet in Vegas this week -- not just grazing her ass, but planting several kisses on her as well.

The singer was in Sin City Friday -- where he's got two shows back to back -- and at one point while he seemed to be soaking in fans before or after the show ... one lucky lady got a mouthful of Enrique while snapping a selfie with him as his security looked on. 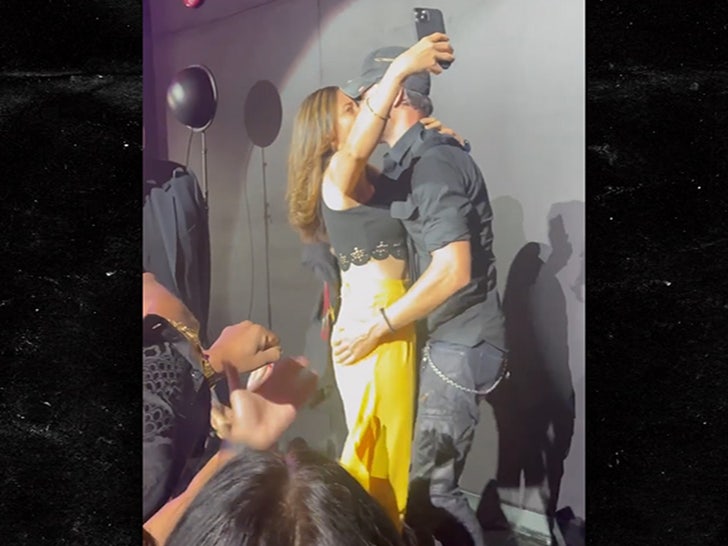 While she's taking the photo, EI's already smooching her cheek ... and before long, she's taking him up on the romantic gesture, proceeding to lock lips with him as they awkwardly peck at each other. It seems he tries dodging the lip-to-lip contact, but it was there.

He also appears to make a little contact with her booty -- although it's hard to tell if it's on purpose or inadvertent. In any case -- he felt comfortable enough with this to post on his IG.

All Enrique had to say about it on his socials was "Friday night in Vegas" ... without really addressing what he was doing in this clip. It's a little awkward -- only because we know he's got a few kids with his longtime partner Anna Kournikova, to whom he still seems linked.

Anna got a shoutout from her baby daddy during Mother's Day, and she frequently celebrates him as well as a dad. And like we said ... she delivered their third kid in 2020 -- so by all accounts, they certainly look to be tied at the hip, even today.

Their relationship has always been pretty nontraditional -- they've never married or anything ... and, frankly, we don't really know if they're exclusive ... or even romantically involved.

If they are, though -- yeah ... this isn't the greatest of looks. From our view, Enrique was totally inviting this mini love fest, but then again ... that's kinda his thing when he performs. 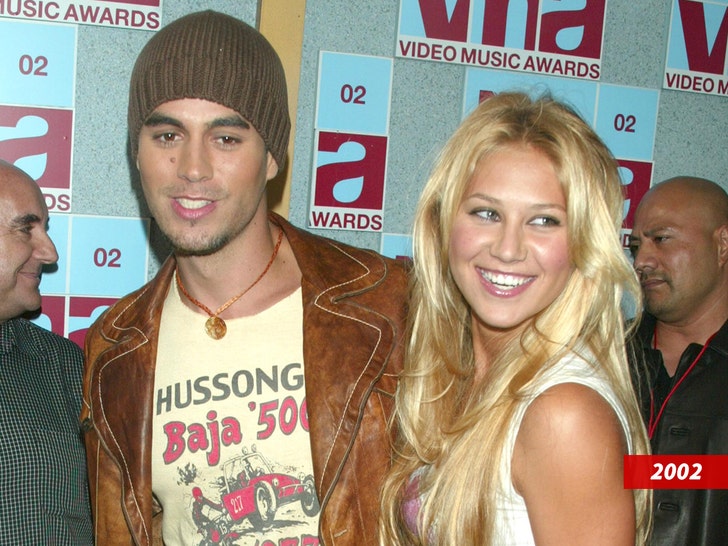 He's got lots of videos up on his page that show him getting up close and personal with fans at his concerts -- so this could be par for the course for him ... although this one seemed to go a little far, even by Enrique standards.

Something tells us he and Anna are due for a chat when he gets back home to Miami. 'Cause this one didn't stay in Vegas -- if anything, he made sure to tell the whole world! 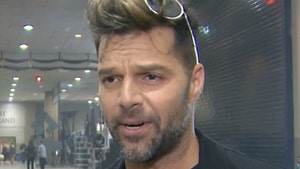 Ricky Martin Sued by Ex-Manager for Breach of Contract 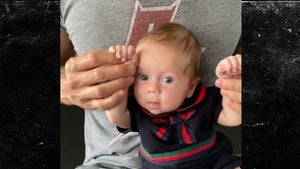