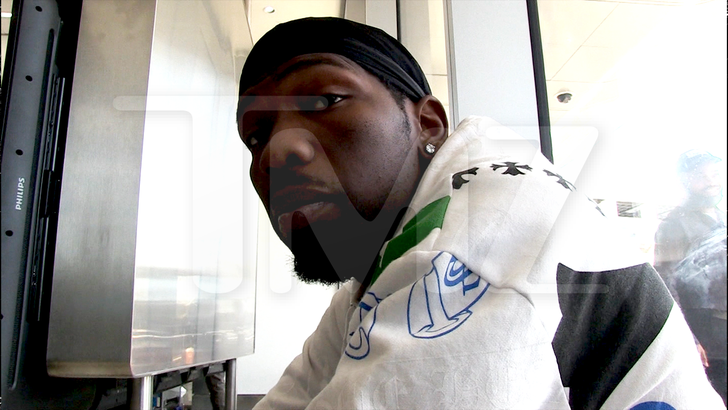 We caught the Shoot Dance creator at LAX and picked his brain a bit regarding his soul-baring post. The Memphis rapper made it clear he was in dire straits ... flat out saying he wasn't going to "make it" if he couldn't get his mind right. 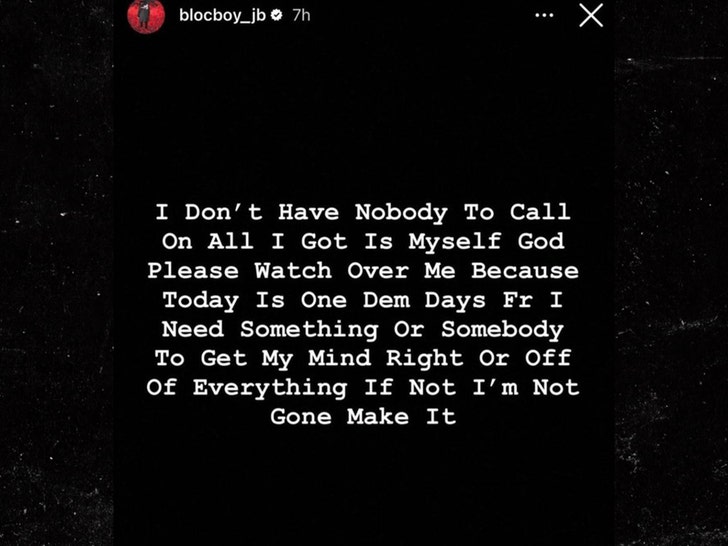 BlocBoy says his label, Interscope, hasn't reached out, aside from an A&R -- but he was forthcoming with us in revealing his music career isn't the cause of the pain.

He admits feeling the pressure of being the top provider in his circle, and having so many close friends die at a young age has been tough for him.

On the bright side, BlocBoy says his closest kin reached out following the tweet, which is great, especially since he really seems to gravitate toward loyalty.

It's been an amazing past few years for BlocBoy ... beginning in 2018 when he hit it big with his Drake-assisted "Look Alive" single.

The song would go on to sell 5x platinum ... predating the current Memphis rap boom highlighted by NLE Choppa, Moneybagg Yo, GloRilla and many more.

He also tells us there are plans for him to release a new project this winter ... but we need ya healthy first, BlocBoy!!!

If you or someone you know is thinking of suicide, please call the National Suicide Prevention Lifeline at 988.