Rick Ross says his "Boss" brand is being copied, threatening to sue the woman behind an upcoming kid's event unless she changes the name to something that doesn't give off that Maybach Music glow.

Rozay's team sent out a warning shot to Tiffany McIntosh of "I’m the Biggest Boss Conference" ... after accusing her of using a couple of his biggest hits -- singles "The Boss" and "Push It" -- to promote her conference designed to shape children into entrepreneurs.

The legendary rapper also notes he has his own "Boss Up Conference" that went down this past September, and Ross insists her conference is likely to cause confusion that he's sponsoring her event.

According to the letter, Rozay says he wants to solve the matter amicably -- and spare Tiffany the litigation hassle, but only if she takes "Boss" out of her conference title and stops using his music to promote it.

Tiffany's event also has a celebrity connotation -- with scheduled appearances from Master P, Romeo Miller and Vivica Fox ... but Rozay wants his name, brand, and music kept out of it. 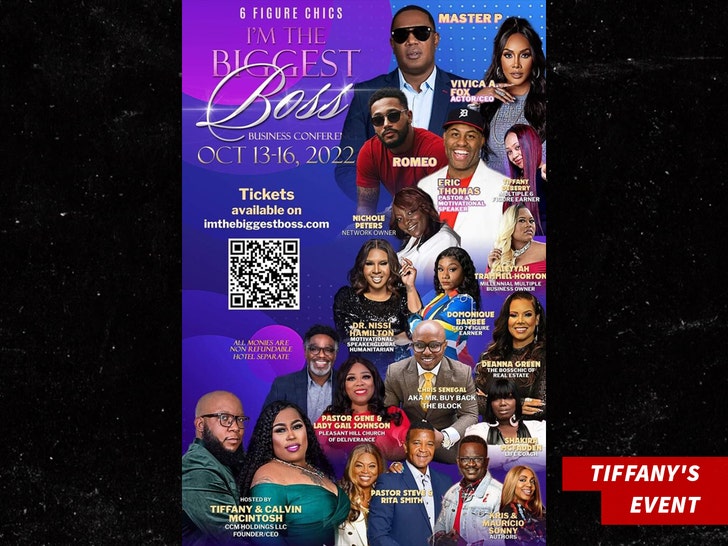 Ross said he wants his demands met by October 5th ... but we're told Tiffany does not intend to make the changes and plans to go forward with the event as is. Ross' legal counsel tells us they'll evaluate the situation accordingly if there's a failure to comply.

We could be headed for a showdown of bosses ... in court. 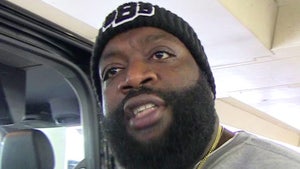