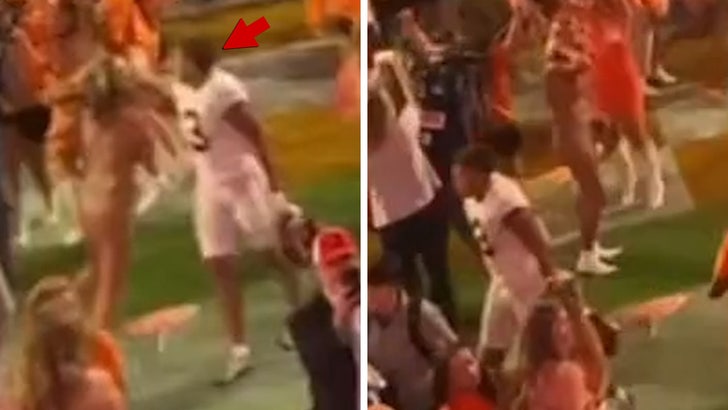 9:32 AM PT -- Bama head coach Nick Saban spoke about the video ... saying, "We are aware of the situation with Jermaine Burton as he was exiting the field Saturday. We are currently working to gather more information."

Alabama WR Jermaine Burton allegedly struck a female Tennessee football fan in the head following the Crimson Tide's upset loss on Saturday ... and the incident was captured on video.

The clip, posted by Emily Isaacs on TikTok, appears to show Burton hitting the fan as she walked by him after the game. Isaacs says she's the woman in the video. 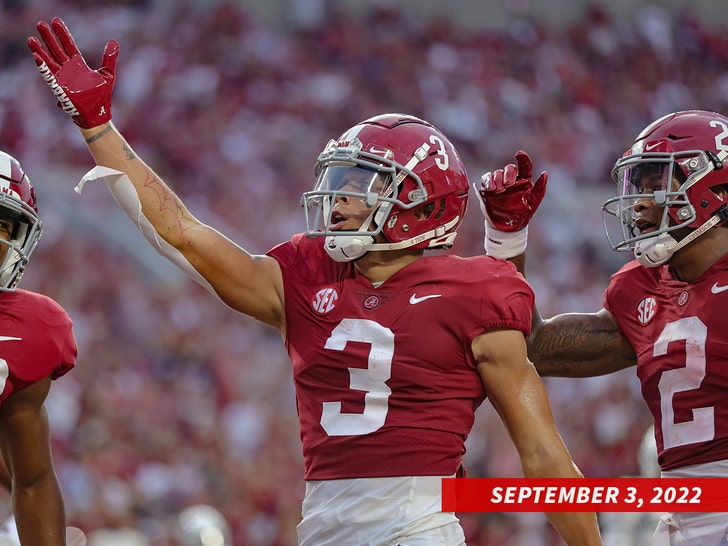 "Jermaine Burton smacking me in the head while walking past him after their loss Saturday. 👍," the TikToker wrote in the caption.

Another fan claims they had a similar incident with Burton after the game. A fan posted video online, and it appears JB took a swipe at him, too.

Of course, to describe the aftermath of the game as hectic would be an understatement. It was the first time Tennessee beat Bama in 16 seasons. Tenn fans even ripped the goalpost down from Neyland Stadium and threw it in a nearby river.

So, yeah ... insanity. The University of Tennessee was even fined $100K for allowing their fans on the football field.

We reached out to Univ. of Alabama and Knoxville police, but so far, no word back. 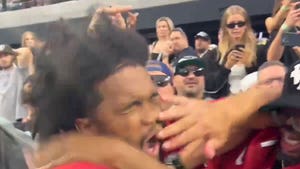 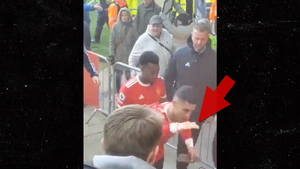