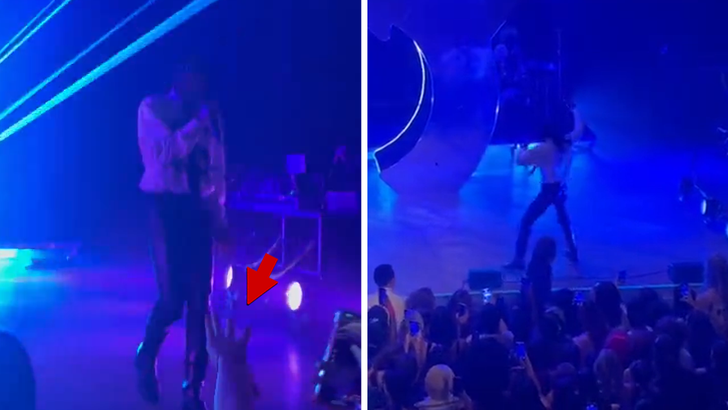 1:38 PM PT -- Steve Lacy just posted a statement about the incident, saying, "... shoutout to the people not throwing disposable cameras at me and just coming to catch a vibe and connect :) i had a really good time in nola last night. i hate that the beauty of the connection i have with so many people in the crowd-gets lost when something negative happens."

He continues, "i don’t believe i owe anyone an apology- maybe i couldve reacted better? sure. always. i’m a student of life. but i’m a real person with real feelings and real reactions. i’m not a product or a robot. i am human. i will continue to give my all at these shows. please come with respect for urself and others please thank you love u"

Steve Lacy is a relatively new artist, but he's making one thing clear early ... he won't tolerate things being thrown on his stage -- and made an example out of one fan, and their phone, in particular.

Steve was in New Orleans on Monday night for his Give You The World Tour ... performing "Bad Habit" when a phone tossed from the crowd hits him square in the torso.

Steve was politely profane at first ... stopping the song to instruct the audience not to throw "sh** on his f****** stage" -- even with a please attached.

Then without warning, Steve asks for a fan in the front row's cell phone -- seemingly at random -- only to smash it on the stage, and then storm off. 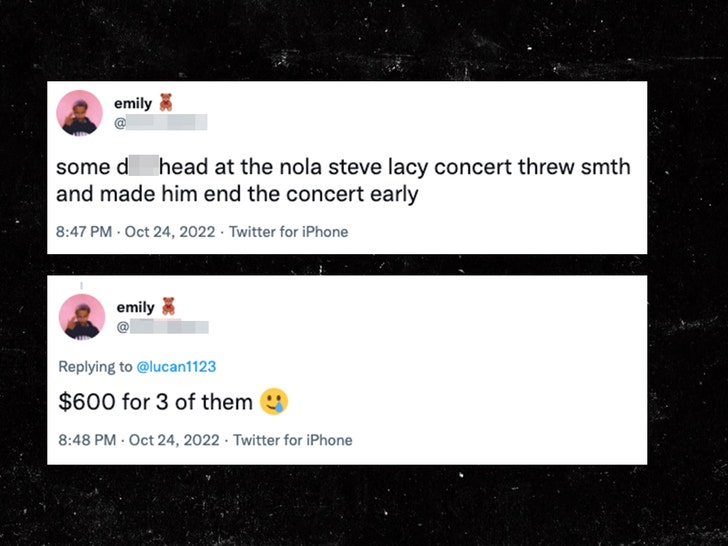 The crowd was understandably confused and pissed ... as there was still plenty of show left, and some felt they didn't get their money's worth.

A fan in the stands hopped on TikTok following to show ... claiming Steve had grown fed up with the crowd for not really knowing his music, but blamed rowdy NOLA fans in general for typically ruining an artist's experience when they come to town. 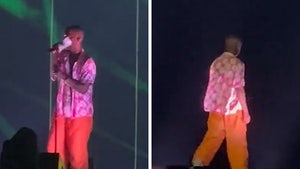 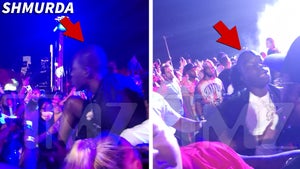