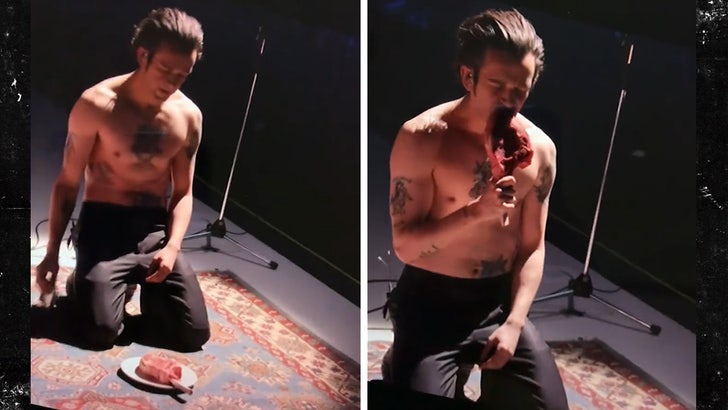 Matty Healy didn't beat around the bush at this concert this week -- instead, he just got right to the meat of the matter ... and we mean that literally.

The 1975 frontman was performing with his band Monday night in NYC's Madison Square Garden, where he paused at one point in the performance to munch on a slab of steak live. And, it was beyond just rare ... this thing didn't appear to be cooked whatsoever.

No matter, though ... MH bit into it anyway during the bizarre stunt, in which he was shirtless and on his knees. He didn't stop at nibbling either -- dude seems to have swallowed as well.

If it looks weird on video, it was even stranger for those who caught it in person ... Matty's raw meal got a ton of reactions as the videos started circulating on Twitter. Even his own mom, Denise Welch, bared witness ... saying she, too, had seen her son go full primal.

No explanation was offered for why Matty did what he did, but it's not that far out of his wheelhouse. The guy and his fellow musicians are known for being activists when the time calls for it ... with 1975 having publicly spoken out on a number of issues in recent years. 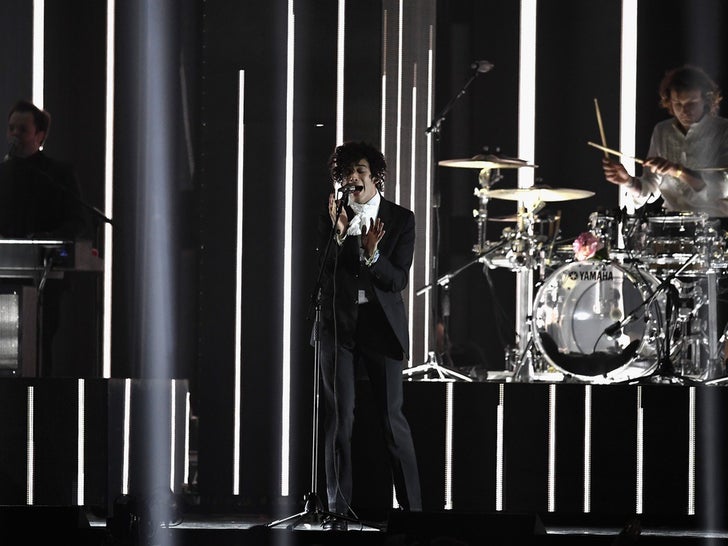 Neither Matty nor the band has said, but it's possible this was a demonstration about the environmental impact of meat consumption.

Or maybe they're standing up to Big BBQ? 🤷🏽‍♂️ 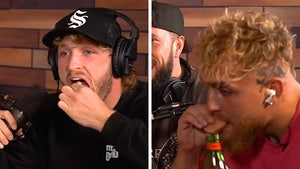 Jake And Logan Paul Eat Raw Cow Testicles, 'Can I Get A Spit Bucket?' 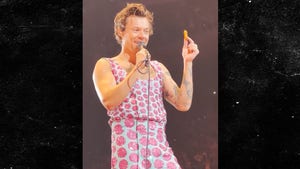