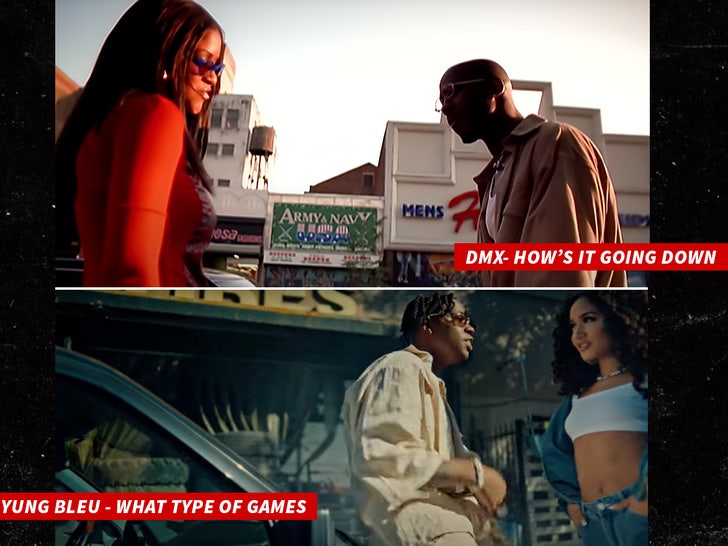 DMX's 1998 debut album single "How's It Goin' Down" is a track still near and dear to fans' hearts, because they're currently giving Yung Bleu hell for remaking it.

On Monday, Yung Bleu dropped off the music video for his new single "What Type of Games" ... a clear homage to the late Ruff Ryder with its imagery set in NYC's concrete jungle.

The song, produced by Murda Beatz, also features an interpolation of X's time-tested chorus -- but Bleu's had to defend his artistic decision against a wave of backlash, accusing him of using too much auto-tune ... and therefore RUINING a classic. 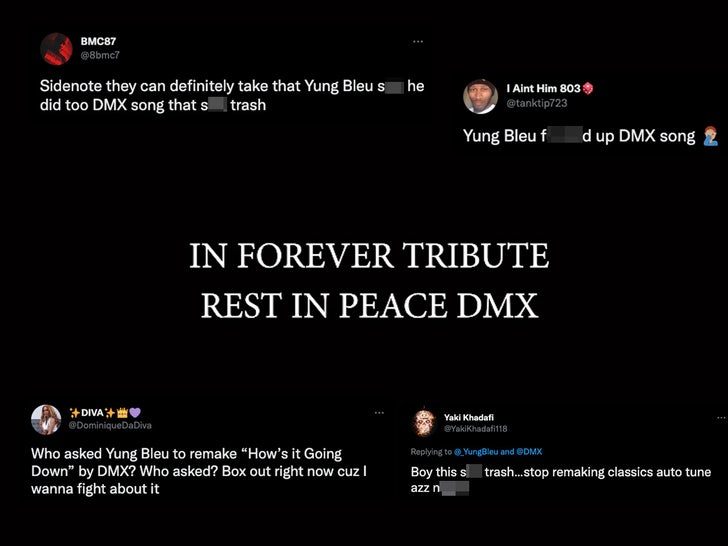 Bleu says he received the blessing of DMX's estate to revamp the song a couple of weeks ago, and assured fans his family is being compensated for the cover. 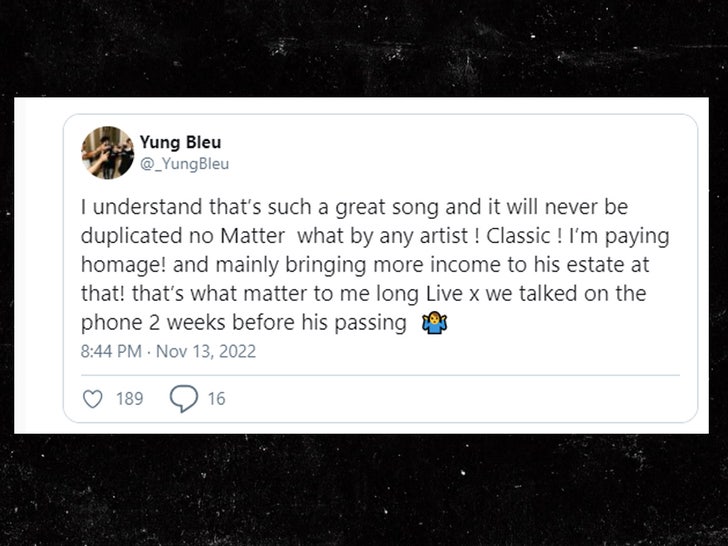 The song is featured on Bleu's most recent album "Tantra" ... a project the Alabama-born artist recently told TMZ Hip Hop he's proud of, regardless of first-week sales numbers.

Even if fans hate the X tribute, there are still plenty of other options on the album ... which sports guest appearances from ZAYN, Fivio Foreign, Nicki Minaj and Ne-Yo.