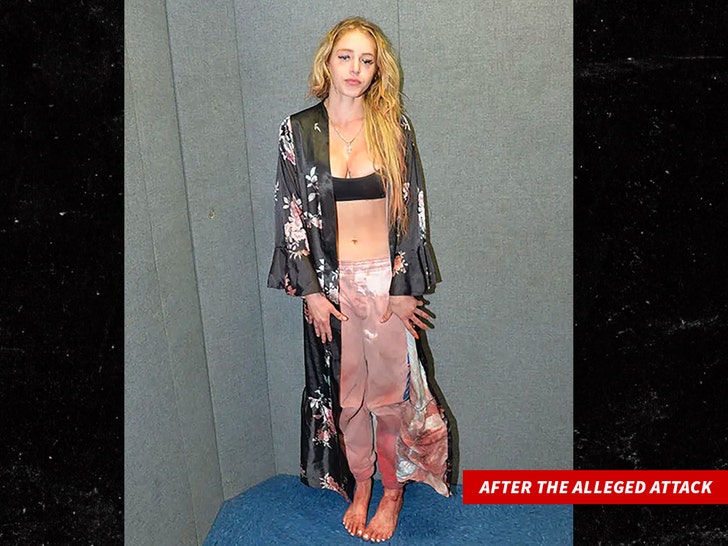 Courtney Clenney, the OnlyFans model accused of murdering her boyfriend, is soaked in blood -- almost head-to-toe -- in newly released photos taken moments after her arrest.

Clenney was photographed back in April, shortly after cops got her back to the station, and you can see her sweats are nearly completely red-stained. It looks like the blood is mostly dried, but there's obviously a lot of it covering her entire lower body. 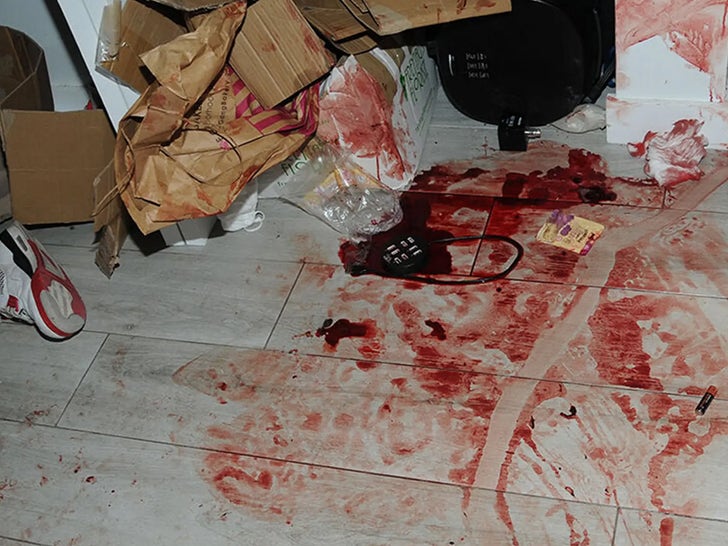 There also appeared to be blood left behind on her hand, and all over the Miami condo where they lived.

Remember, we'd already gotten a sense of how gory the crime scene was -- TMZ obtained video of the immediate aftermath, showing Clenney in handcuffs as officers were investigating.

Clenney insists she stabbed her BF, Christian Obumseli, in self-defense. We've since learned their relationship was volatile ... as cops had been called during their disputes in the past.

Since then, she's been charged with second-degree murder and is currently in custody in Miami awaiting trial. A bond hearing was scheduled Tuesday.

BTW, new photos showing apparent bruises on Clenney in the wake of the killing just surfaced last week ... with her defense team saying they were taken a few days after Christian's death.

They also believe the photos support their argument that Clenney feared for her life. 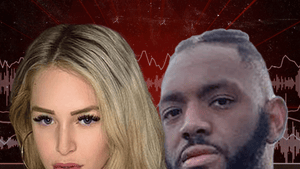 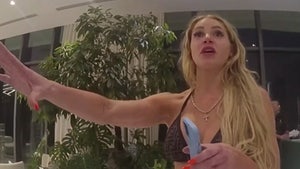