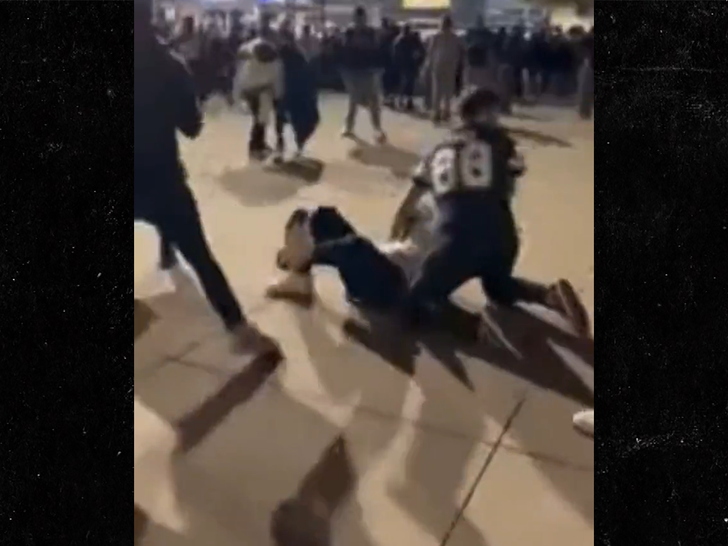 7:33 AM PT -- The Arlington Police Dept. tells TMZ Sports ... no arrests were made in association with the skirmishes.

The Cowboys didn't show much fight on Sunday night -- but their fans sure as hell did ... getting into wild brawls at a playoff watch party at AT&T Stadium.

One of the bigger scraps at the event happened following Dallas' lifeless 19-12 loss to the 49ers ... when a fan in a CeeDee Lamb jersey slammed a man in Ezekiel Elliott gear straight to the ground.

Fists immediately began flying between the two ... with both guys landing huge blows on each other's faces.

At one point, several other fans jumped in ... kicking and punching the Elliott fan -- before, thankfully, the fracas was broken up.

In a different part of the stadium, though, another squabble broke out as the Cowboys' game was winding down ... with multiple people pushing each other and attempting to strike one another with punches.

You can see in the clip, security workers did their best to break things up ... as fans continued to try to get after each other.

No word yet on if any arrests were made, we've reached out to cops -- but so far, we've yet to hear back. 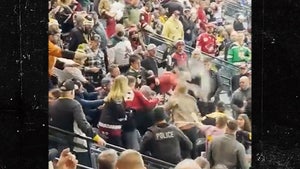 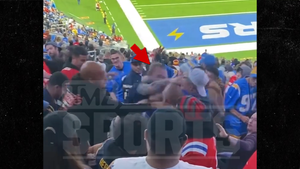