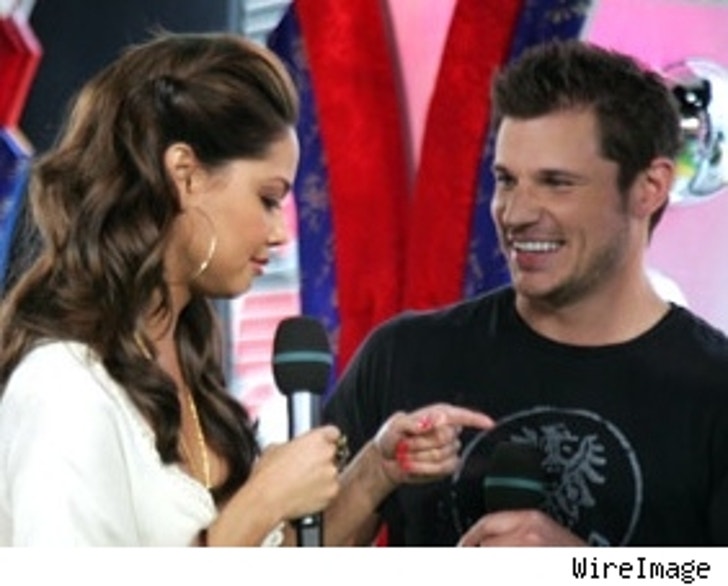 Things are getting ever more serious between Nick Lachey and his summer squeeze Vanessa Minnillo, just as reports of a relationship between his ex Jessica Simpson and singer-songwriter John Mayer heat up.

A TMZ spy who recently rode in an elevator with the pair at Minnillo's apartment building say they were "totally into each other," very affectionate with one another, and were oblivious to anyone around them, and Lachey has been spotted shacking up chez Minnillo regularly when he's in Manhattan.

A source in this morning's Page Six says that Lachey was "still pretty obsessed" with Jessica until very recently -- a week ago, to be precise -- though he's "over" their relationship now. This should all make for an interesting scene at tomorrow's VMAs when Simpson, Lachey, and Minnillo will all be in attendance together. And just yesterday, reports emerged of the burgeoning romance between Jessica and Mayer, which would be Jessica's first true romance since after the ex-"Newlyweds" break-up.

Meanwhile, Lachey has become a (very) minor sports mogul as he'll be one of several owners of a new American Basketball Association basketball team in LA, called "The Hollywood Fame," which he will own with Stacy Keibler and Jamie Lynn Sigler's ex-hubby AJ DiScala, among others. reports People. 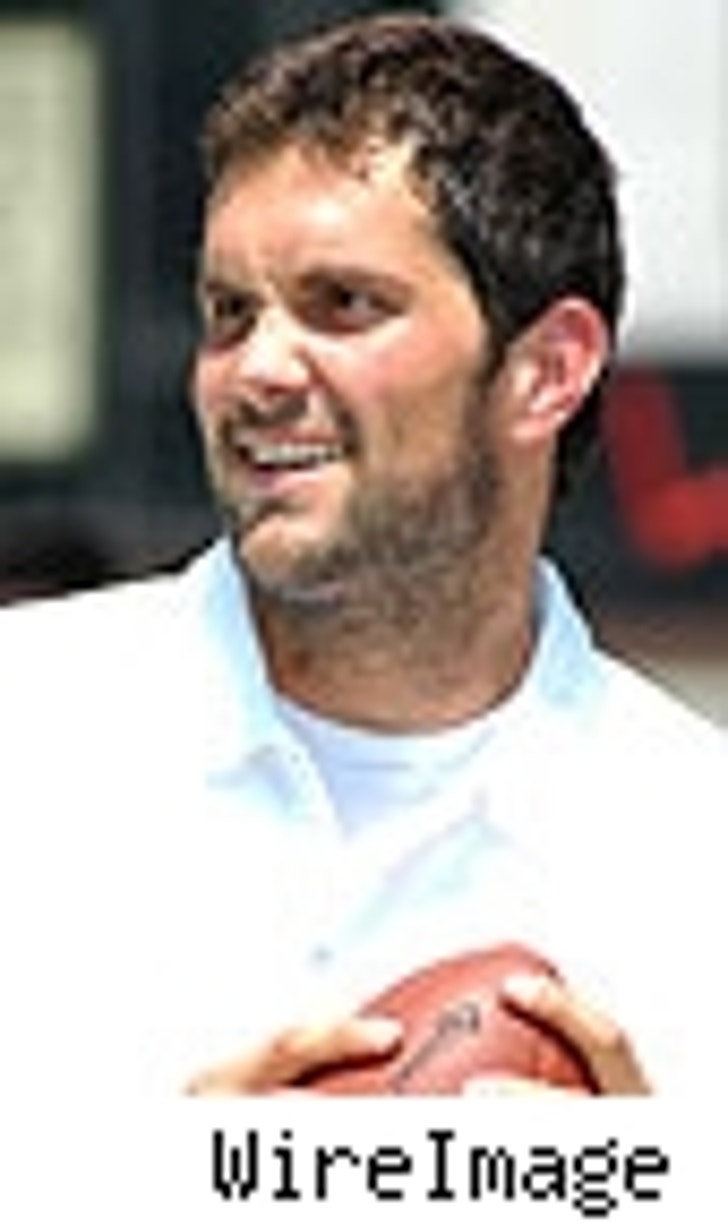 Matt Leinart, the quarterback stud who has had multiple dalliances with Paris Hilton, is going to be a father, and the child is arriving this fall. The mother is 20-year-old USC junior Brynn Cameron, who plays basketball at the school and will have to sit out the year to have the child. "It's an exciting time in their life," says a People source. It was not immediately clear whether Leinart and Cameron would be raising the child together, or if, indeed, the pair were still together. TMZ has spotted Leinart, who has already begun play as a back-up quarterback for the Arizona Cardinals, cavorting with Paris, as recently as May. 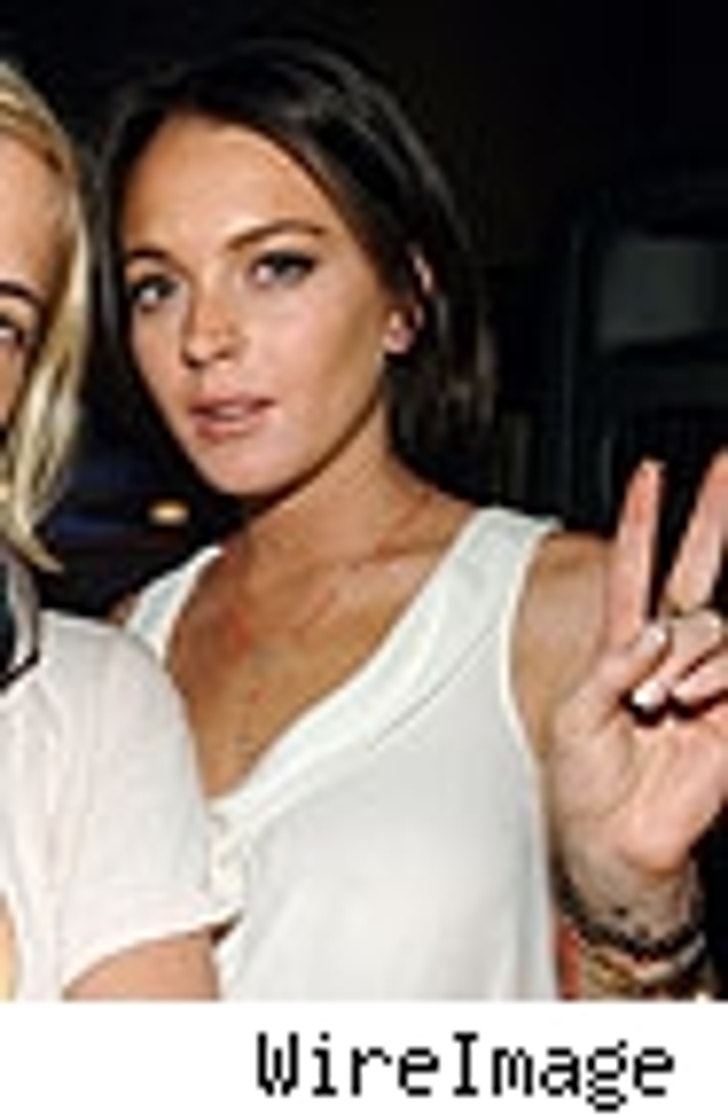 Lohan Continues To Chill, Gets Dog

Lindsay Lohan's boyfriend and her new best friend continue to be calming influences on the freckled phenom, says Page Six, and Harry Morton even convinced the actress to stay away from New York this week, when celebrities -- and parties -- galore are in town for the MTV VMAs.

Saturday night at LA club Republic, Lindsay kept things very low-key as she hung out with Morton -- who's a teetotaler -- and her new chum, celebrity DJ Samantha Ronson, who also doesn't drink. And though Lindsay had originally planned to get to New York this week, Morton convinced her otherwise, and she called friends and said, "I don't need to be there." What's more, Morton has brought another good influence into Lohan's life -- a new dog. 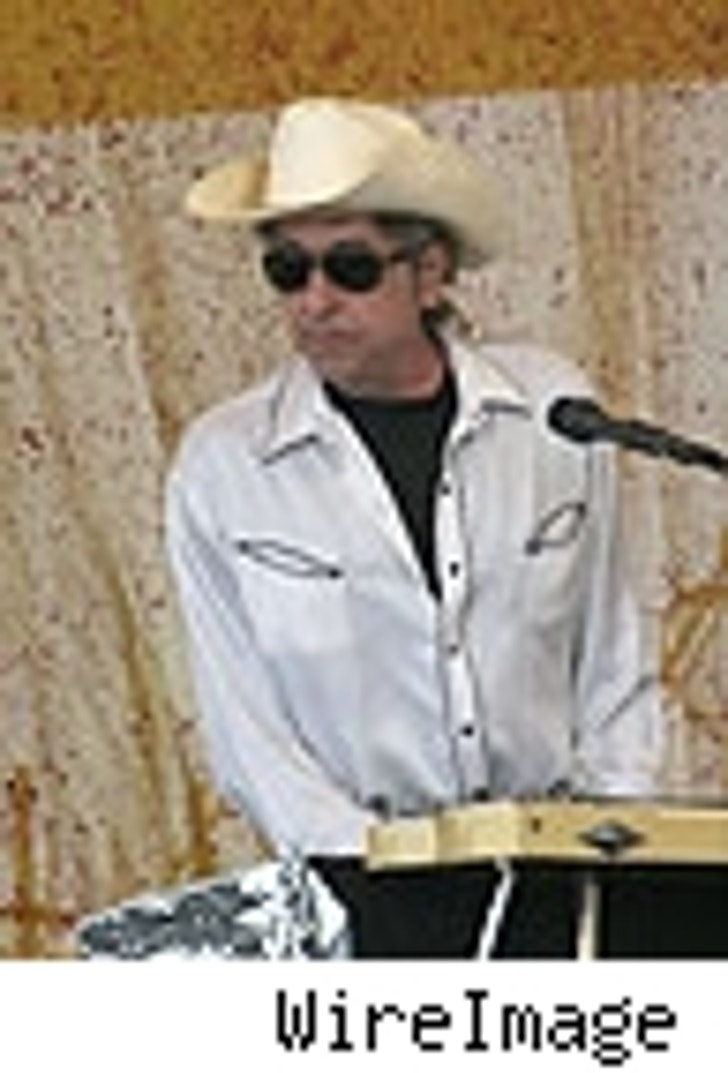 Bob Dylan's first album in five years album has received raves from critics, some of the best of his career. One critic wrote, "It takes about 30 seconds to figure out you're in the presence of greatness." The 65-year-old legend has also become the latest spokesman for Apple's iPod ... Harvey and Bob Weinstein will try to resurrect Ovation, the struggling arts network. They, along with Hubbard Media, will pour an undisclosed sum into the network, which shows operas, ballets, artist bios, and other high-minded fare, and will use the network as a distribution platform for some of their other properties.