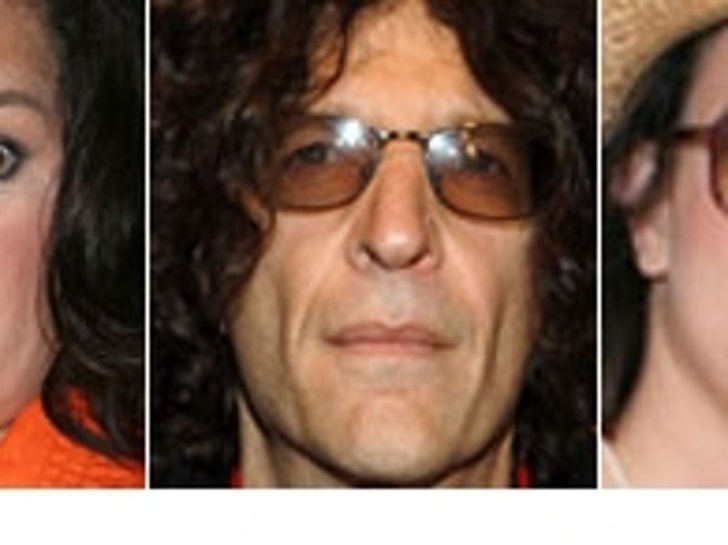 Rosie O'Donnell has been named the "worst looking" celeb in High-Definition TV according to Phillip Swann of TVPredictions.com, a website that covers the HDTV industry.

HDTV is known for its crystal clear reception and, much to Hollywood's chagrin, its ability to pick up every line, wrinkle and crevice on a star's face.

Swann says "no one enjoys the view of Rosie in high-def" and adds that she "looks like she uses a Brillo pad" to wash her face.

Next on the least wanted list is Howard Stern. Swann thinks the shock jock has undergone the "worst abuse of a surgical scalpel since Jack the Ripper roamed the streets of London."

Teri Hatcher
topped last year's roundup but falls to number three. "She's so thin that she could pass as a mother of four ... in Darfur."

Others on Swann's hit list include Britney Spears ("Mrs. Federline is just 24, but she looks 34 in HDTV"), Burt Reynolds, whose "face looks like it's been Scotch taped back in place," and Madonna, who he says has cheeks that are "more caved in than a West Virginia coal mine."

Celebs that Swann thinks do look good under the HDTV microscope include Scarlett Johansson, Beyoncé, Eva Longoria, Ben Affleck and, believe it or not, Martha Stewart.