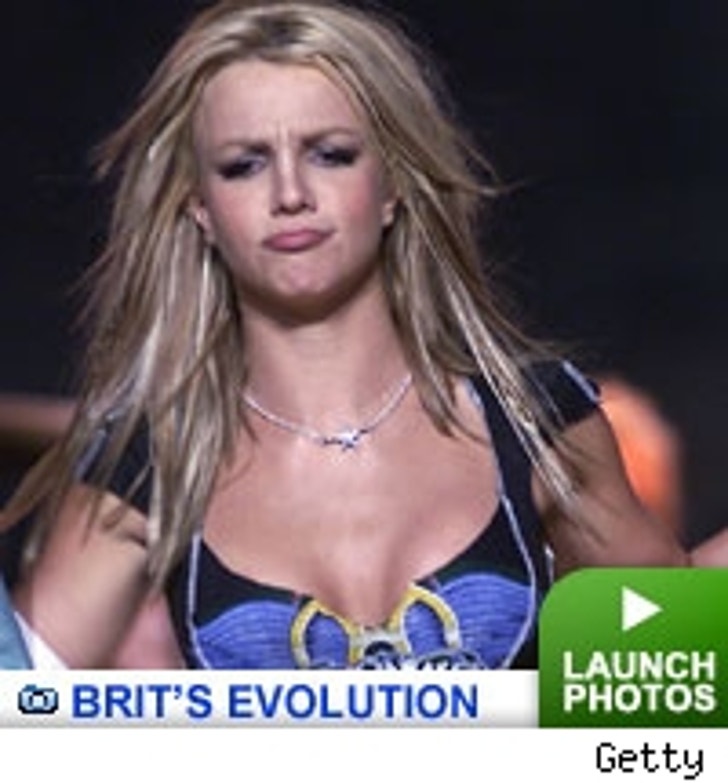 We ain't seen nuthin' yet in the divorce battle between Britney and K-Fed. Sources say that K-Fed's strategy is simple – make Britney's life such a hassle it will be a bargain to pay him to permanently exit her life.

We're told he's given his lawyer the green light to turn the courthouse into a revolving door, with the endgame making it difficult for Britney to stage a comeback while the custody fight lingers. Britney can afford the expense, but it may not be worth the hassle, though she will never give up custody and she's already resigned herself to the fact that he'll be incidental in lives of their two kids.

There is, however, a glimmer of civility. TMZ has learned that Britney is flying into L.A. today for the American Music Awards, and she is working out a plan so that K-Fed can see the kids. We're told he's missing them. Baby steps.

A downtrodden Reese Witherspoon turned to some big Hollywood shoulders, Renee Zellweger and Bruce Willis, for some solace last Friday night. A TMZ spy spotted Reese dining – or, rather, stabbing disaffectedly at a salad – at Wolfgang Puck's latest celebriteria CUT in Beverly Hills on Friday night.

Reese looked groggy and sad, says our eyes on the scene, and Renee patted her on the shoulders and consoled her, while trying to keep things as uplifting as possible. Then, Bruce ditched his dinner companions to come over and talk to the two southern belles for about 45 minutes. Even Wolfgang himself got in on the lovefest, sauntering over to gladhand the trio. Curiously, after the meal, Renee took the chance to catwalk her way through the middle of the restaurant with hips in full swing, and left, as our cameras observed, with Willis.

Pam to Mom-in-Law: No Fur for You!

Pamela Anderson is furious that her mother-in-law wore fur to her July 29 wedding to Kid Rock. "Pam knew it was a slap in the face," says a source to Star magazine (via MSNBC), given Anderson's extensive work with PETA and other animal-rights organizations. (Of course, no one explained why Mrs. Kid Rock's Mom was wearing fur in the middle of the summer.) But what might really be concerning the erstwhile "Baywatch" babe is that her pet Chihuahua Luca is missing. The pooch was last spotted with Anderson's parents on a private beach in Vancouver, but, says Anderson, the dog has been "on medication" and may not "be himself."

Donald Trump has memorialized himself in just about every way imaginable – water bottles, buildings, shirts, you name it. But now, rocker Bruce Hornsby has provided the ultimate, um, tribute – a song about the straw-haired mogul. Hornsby's tune elegizes the Donald with such lyrics as, "You know who I am, I'm Don Trump ... let's all pay homage to me" ... Sacha "Borat" Baron Cohen will tie the knot with galpal Isla Fisher (the crazy girl in "Wedding Crashers") – now that she's converted to Judaism. She has studied Hebrew and learned to cook traditional recipes, says Us Weekly (via Ben Widdicombe) ... E! Online's Mark Malkin reports that former "West Wing" star Mary McCormack is pregnant with her second child. McCormack and husband Michael Morris already have two-year-old daughter together.