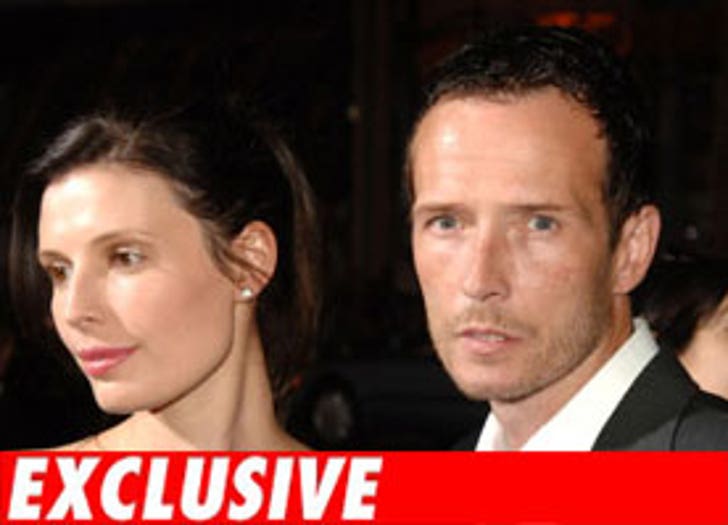 Velvet Revolver frontman Scott Weiland and his wife trashed a Burbank hotel room during a rockstar-caliber rampage last weekend, and now the hotel is pressing charges against the Weilands for the damage they caused.

Sources tell TMZ that Weiland and his wife Mary ripped alarm clocks and phones from their sockets and threw them, made "dents and gauges" in the walls, and that there was even blood found on some of the linens afterward. (A picture taken at the scene shows a note attached to a trash bag that says, in Spanish, "with blood.")

The trouble started when Mary arrived at the hotel Saturday, whereupon the couple got into "a huge argument" witnessed by their two young children, who had to be taken away by Weiland's assistant. Weiland himself then left, leaving behind Mary, who could be heard throwing things in the room. The police were called, and the hotel is pressing charges for the damage caused. There's no word whether either Weiland or his wife were injured in the spat.

Weiland pleaded guilty to domestic violence charges against Mary in December 2001 and was sentenced to probation and forced to pay a fine.