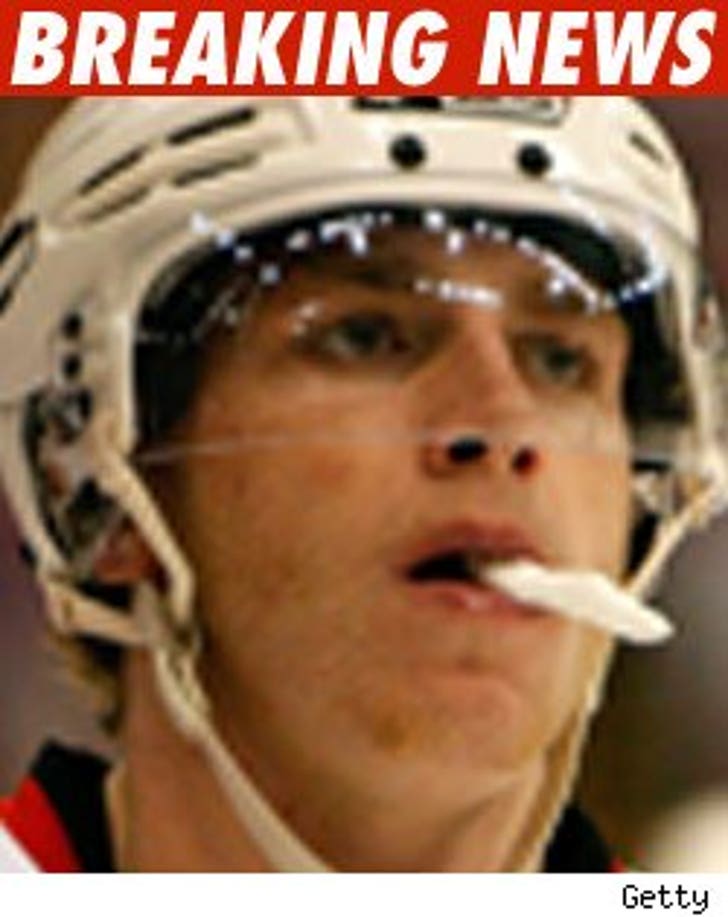 Fighting over money is common -- but does $0.20 even count as money?

Two dimes (or four nickels) was allegedly the cause of a fight between NHL star Patrick Kane and a cab driver in Buffalo, NY. According to the Buffalo News, Kane (along with his cousin) were arrested after they allegedly roughed up a cab driver who couldn't give them the required change.

According to a police report obtained by the paper, the Kane boys paid $15 for a $13.80 cab ride -- but became incensed when the cabbie had the dollar bill, but not the coinage, to make change. The cab driver told police he was punched in the face and head, grabbed by the throat and had his glasses broken during the incident.

Both men were charged with second-degree robbery, a Class C felony, as well as fourth-degree criminal mischief and theft of services, both Class A misdemeanors. WIVB-TV says Kane has pled not guilty.

Kane plays for the Chicago Blackhawks but grew up in Buffalo and was in town to announce the funding of a local hockey rink.