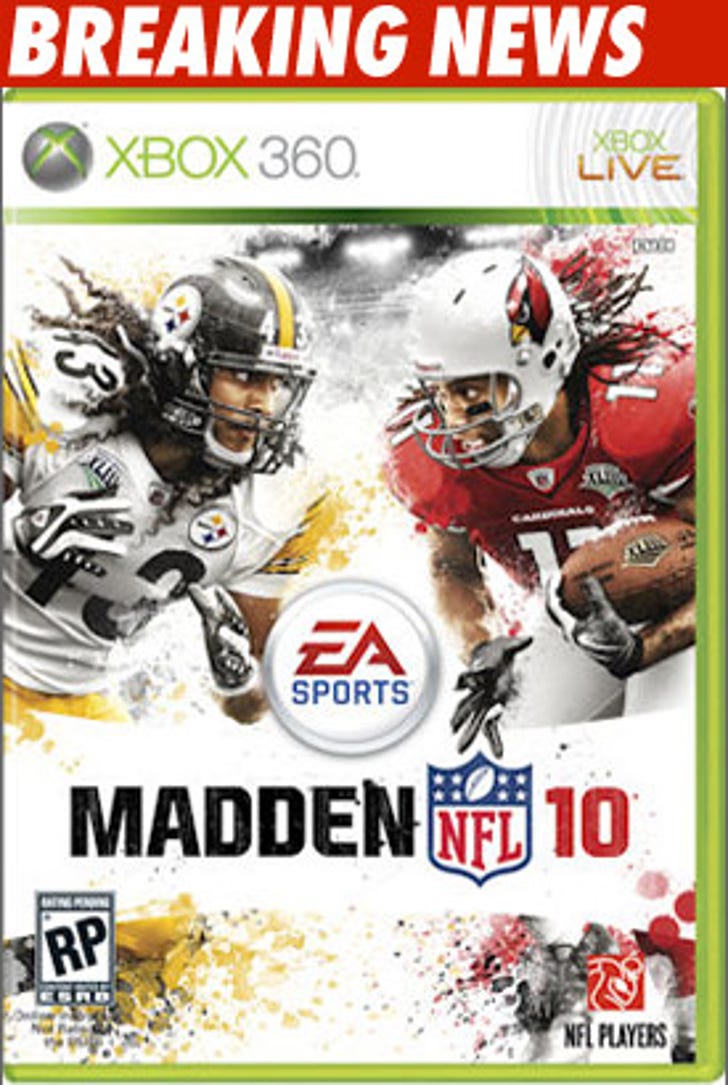 It took only one week -- but the ruthless Madden video game curse struck again last night.

After making one of the sickest interceptions you're going to see all year, 2010 Madden co-cover guy Troy Polamalu went down with a sprained MCL in his knee during the 2nd quarter of last night's Steelers-Titans game.

Players who have graced the cover of the Madden video game box have been doomed since 2002 -- Marshall Faulk, Ray Lewis, Vince Young, Shaun Alexander ... and of course Michael Vick.

The evil twist -- this year, Troy shares the cover with Arizona Cardinals superstar Larry Fitzgerald. Might be a good time to trade him off your fantasy squad...