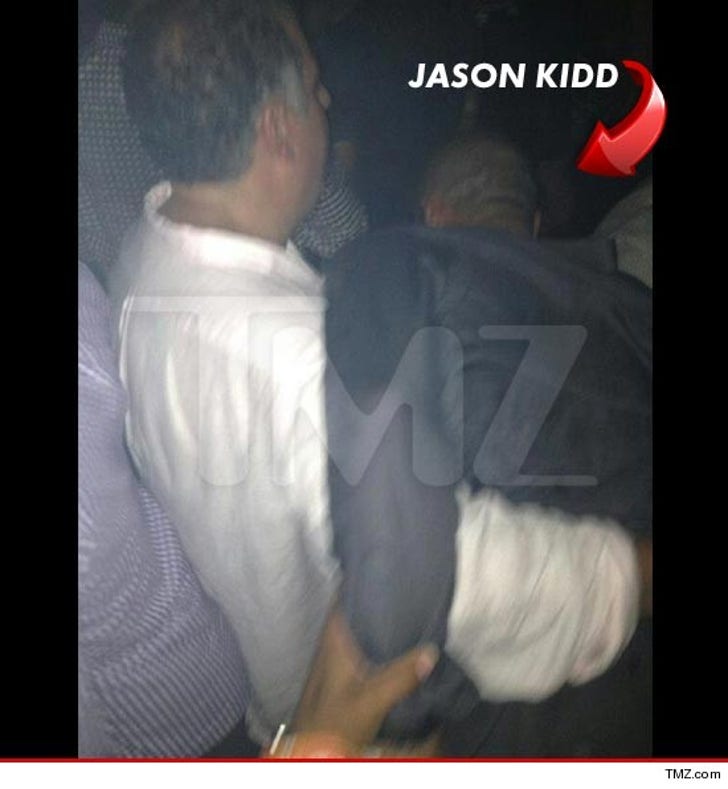 Multiple witnesses tell TMZ ... NBA star Jason Kidd appeared to be so drunk in the moments leading up to his DWI arrest ... that he had to be carried out of the club he spent the night partying at.

TMZ has obtained a photo of the all-star point guard being carried out of a club called SL East. Multiple witness tell TMZ that Kidd appeared "incredibly drunk" -- so much so that at one point he tried to hang from a club light and broke it. 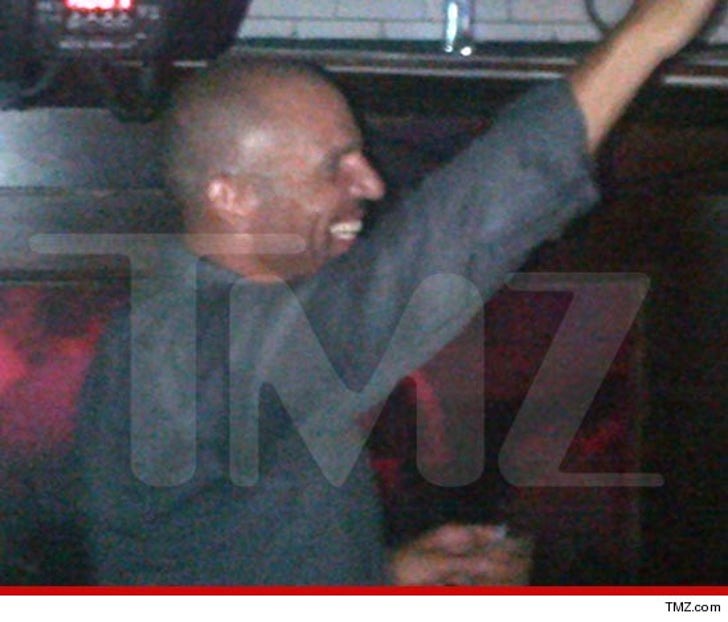 According to the multiple witnesses, after being carried out by a few friends, Kidd got in his car to drive off ... despite protests from his friends. Kidd left the club around 1:00 AM and crashed his car less than an hour later.

Earlier in the evening, Kidd tweeted a photo of himself (wearing the same gray shirt as in the photo above) alongside George Lucas at a charity event. 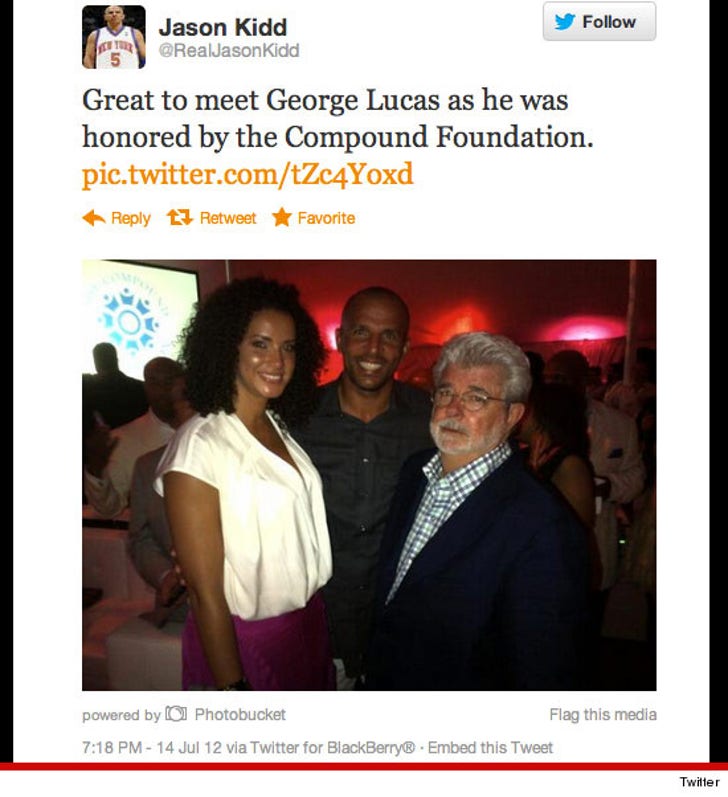 Kidd's attorney, Ed Burke Jr., tells TMZ, "Jason was involved in a single vehicle accident on his way back home from a charity function last night. He suffered minor injuries and was treated and released from a local hospital. Jason has pleaded not guilty to a DWI charge and awaits further court proceedings."