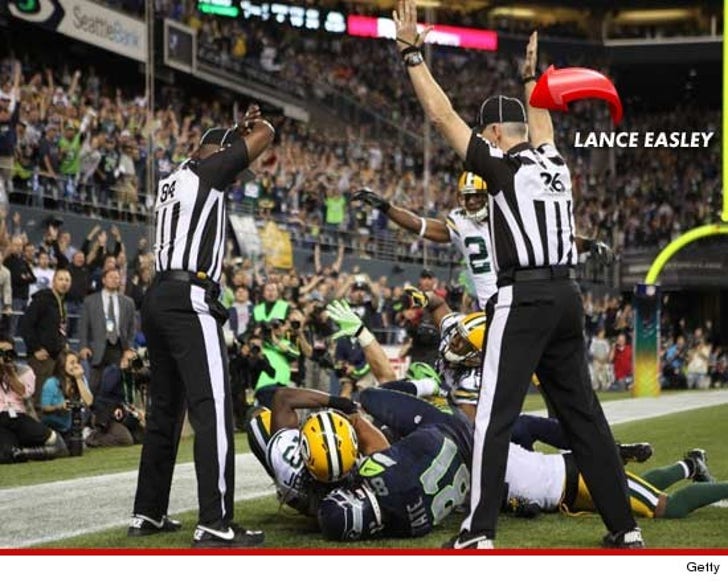 Lance Easley -- the NFL replacement ref who made the TD call in Monday night's Packers vs. Seahawks game tells TMZ ... he stands by his decision, adamantly saying, "It was the correct call."

Easley told us he can't believe he's being vilified ... "I didn't do anything wrong."

He says strongly ... the Packers player who allegedly intercepted the ball never had singular possession because, "You have to not only have the ball but have either 2 feet or a body part on the ground, and that never happened."

Easley says this was clearly a case of simultaneous possession -- meaning the catch goes to the offensive player -- adding, "Put any other official who knows the rules and they would make the same call."

Easley told us, no one has ever seen a play like this before, so there's no point of reference to judge the call. He says, "I don't appreciate the negative stuff."

Easley says he feels like he's become a sacrificial lamb, who had to "fall on the sword."

Easley -- who refs at El Camino and Pierce Junior Colleges as well as Occidental, all in Southern California -- says the replacement refs did what they were expected to do. 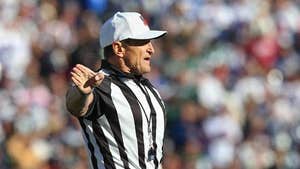 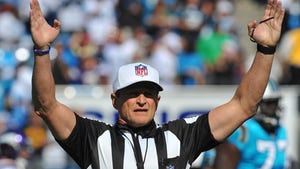 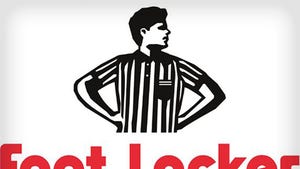