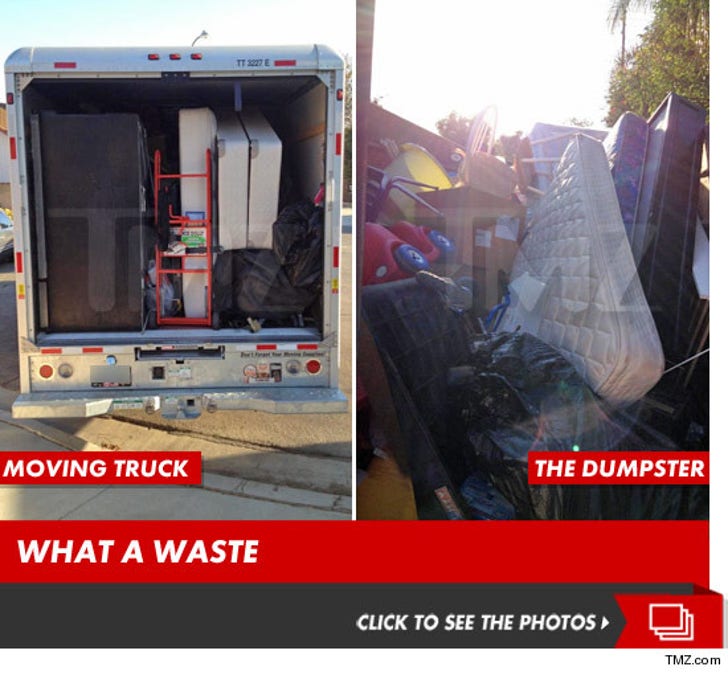 After several failed attempts to put a roof over her head -- Octomom is FINALLY moving her brood into a new house ... and TMZ has the pics to prove it.

TMZ obtained photos of Octo taken Sunday -- packing up all her crap and hauling her 14 kids to a new 5,000-square-foot crib in Palmdale, CA ... since the one she's living in was foreclosed on.

From the pics it's clear Octo hasn't cleaned house for awhile ... you can see a giant dumpster full of old toys, chairs, mattresses and random stuff she no longer wants.

TMZ broke the story ... Octo was supposed to move into a DIFFERENT house in Palmdale, and pulled out at the last minute, because she thought the owner was shady. Prior to that, she had been REJECTED by a slew of landlords. 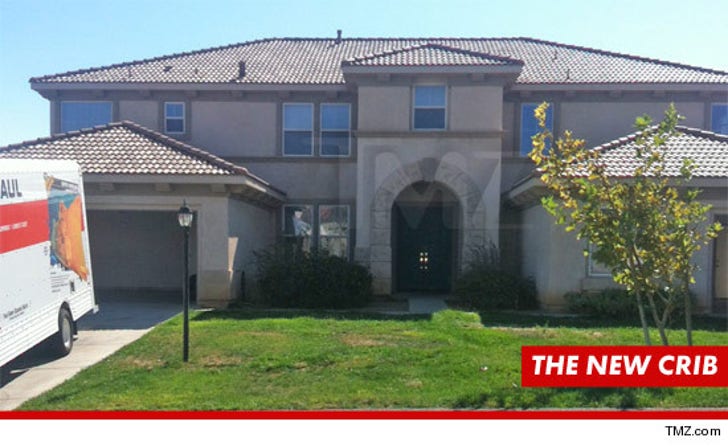 But millionth time's a charm and sources tell us ... Octo made a sweet deal with this owner -- snagging the property for a cool $2500 / month and her first payment isn't due 'til April. 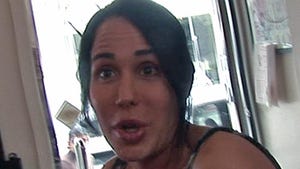 Octomom -- Pulls Out Of Home Deal 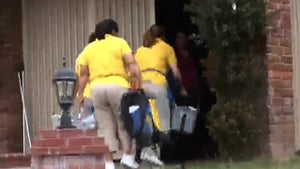