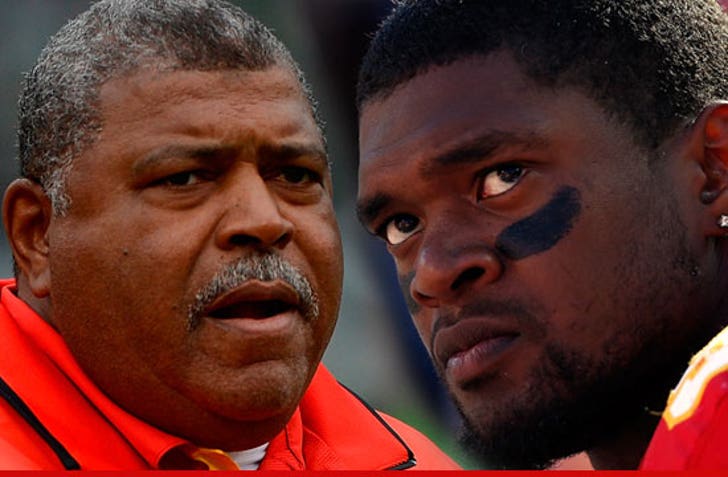 Kansas City Chiefs head coach Romeo Crennel begged Jovan Belcher to put down his handgun and not kill himself during a tense standoff on December 1st ... telling the player, "You're taking the easy way out."

The Kansas City PD just released new documents from the murder/suicide investigation ... in which witnesses describe the sad moments before the NFL linebacker shot himself in the head.

Belcher had driven to the Chiefs practice facility after shooting the mother of his child Kasandra Perkins at their home ... and, while carrying a handgun, had a conversation with Chiefs GM Scott Pioli in the parking lot.

According to witnesses, Belcher told Pioli ... "I'm sorry Scott, I've done a bad thing to my girlfriend already. I want to talk with Gibbs and Romeo."

He continued, "You know that I've been having some major problems at home and with my girlfriend. I need help! I wasn't able to get enough help. I appreciate everything you all have done for me with trying to help ... but it wasn't enough. I have hurt my girl already and I can't go back now."

According to witnesses, Crennel arrived to the parking lot and pled with Belcher to put the gun down ... saying, "You're taking the easy way out."

Crennel told cops Jovan briefly lowered the gun to chamber a round, then he blessed himself by making a cross sign on his chest ... and then he fired one shot into his head, killing himself.

During the investigation, witnesses -- including Crennel -- told police that Belcher and his girlfriend had been arguing about money.

Crennel also told cops Jovan was "smart with his money and didn't live outside his means."

Then again, he was driving a Bentley on the day of the murder. 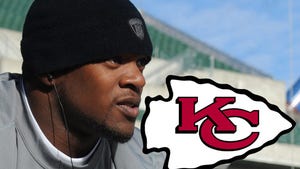 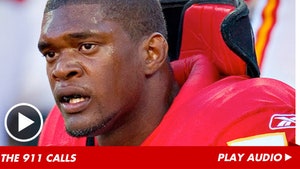 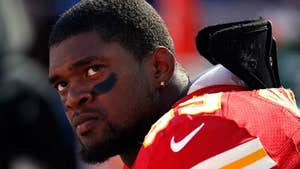