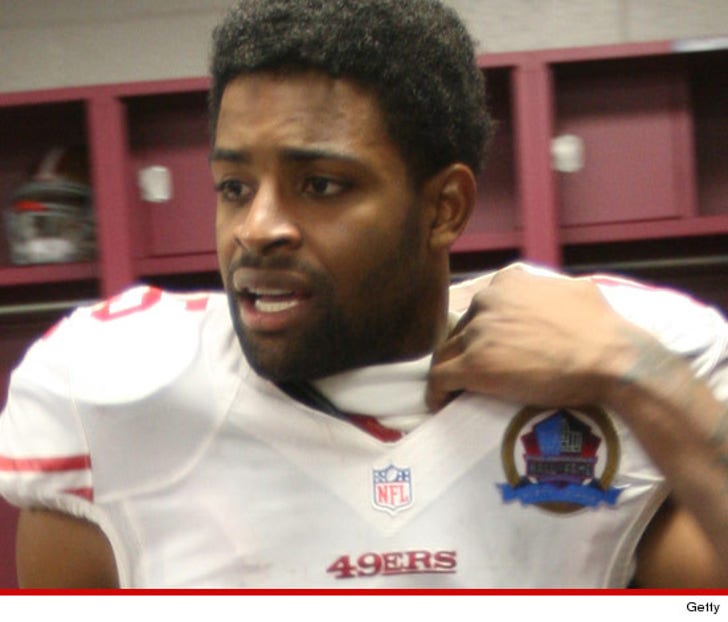 San Francisco 49ers wide receiver Michael Crabtree was questioned by police as part of a sexual assault investigation, but he was not detained or arrested.

Police said the alleged assault took place in a hotel room early last Sunday following the 49ers' playoff victory over the Green Bay Packers. Crabtree was interviewed with his attorney present and police say he has cooperated with the probe.

A rep for the team released a statement, saying, "The 49ers take such matters very seriously. We will have no further comment at this time as the legal process is ongoing."

Crabtree and the 49ers play the Atlanta Falcons tomorrow ... the winner goes on to play in the Super Bowl.