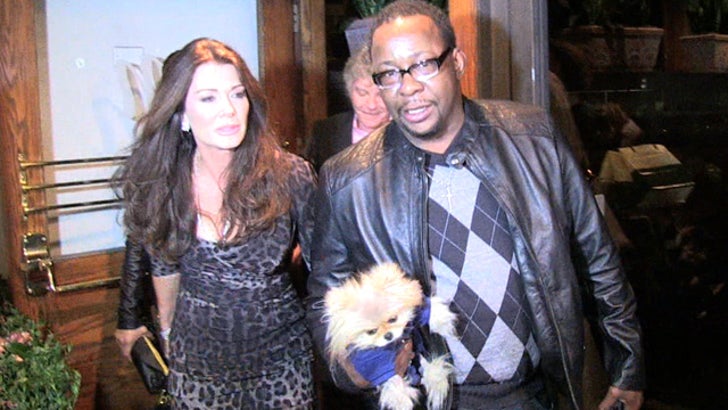 Bobby Brown's going to jail ... Lisa Vanderpump's going to "Dancing With the Stars" -- we're not sure what they have in common ... but they were buddy buddy last night after a fancy celebration dinner.

TMZ broke the story ... on Tuesday Bobby was sentenced to 55 days in jail for his third DUI -- but on Wednesday night he enjoyed dinner at Madeo with family and friends ... and walked out of the restaurant arm-in-arm with Vanderpump.

It's news to us that BB and the 'Real Housewives' stars are pals ... but last night they even joked (we hope) about sharing custody of LV's pooch, Giggy.

Bobby wouldn't say when he'll turn himself in -- he has until March 20 -- but referring to the sentence he did say ... "It's what has to happen."