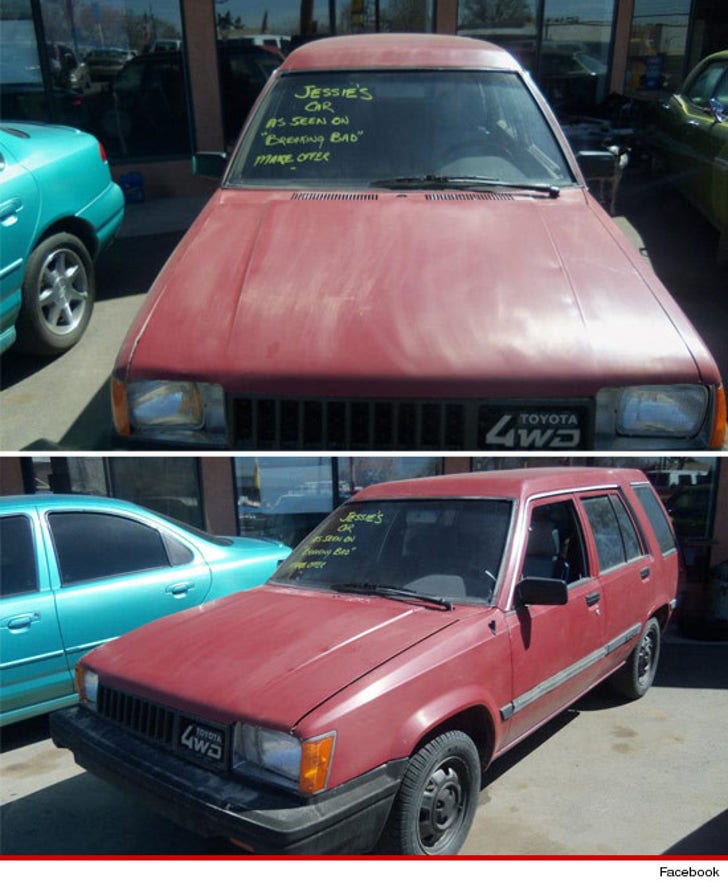 Attention "Breaking Bad" fanatics ... here's your chance to pay WAY TOO MUCH for the crappy Toyota owned by Aaron Paul's character Jesse Pinkman on the show ... because TMZ has learned, it's going to be sold off at a New Mexico car dealership.

It's a 1984 Toyota Tercel ... market value: roughly $500 ... but you can bet your ass this car's gonna go for a whole lot more because it was used in the production of the show.

The car's currently on display at Mike Faris Auto Wholesale in Albuquerque, New Mexico -- near where "Breaking Bad" was shot -- and there's a sign on the windshield that reads, "Jesse's car as seen on 'Breaking Bad' ... Make offer."

Faris tells us, the car was originally leased from him by production ... but now that the show's over, they've returned it ... so he's putting it up for sale.

Faris tells TMZ, he's under strict orders from Sony Pictures Television NOT to sell the car until the final BB episode airs this summer ... but people are already making offers. Unfortunately, Farris says he's unable to consider any offer until Sony's deadline has passed. 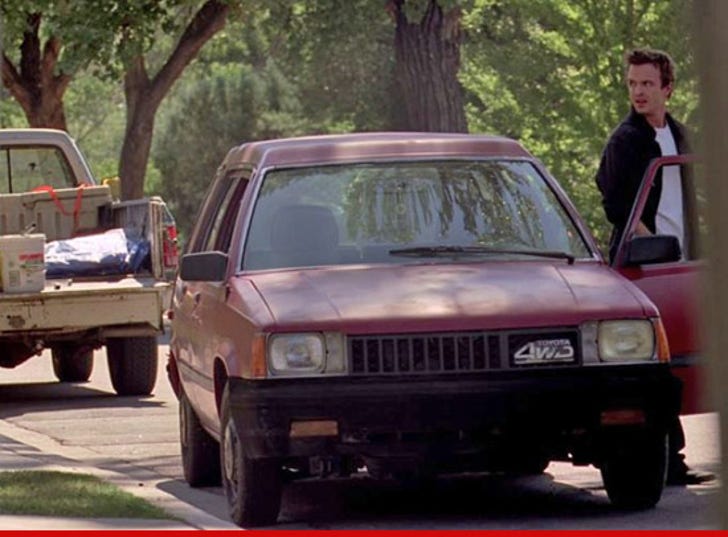 Disclaimer: Mike says he's not 100% sure if the car he's selling actually appears on screen ... since producers shot multiple versions of the same car ... but it definitely was used in production.

SPOILER ALERT!!! DO NOT READ IF YOU'RE NOT UP TO SPEED ON BREAKING BAD!!!

Faris says he's also planning to sell the car Mike Ehrmantraut was killed in last season ... which should fetch a pretty penny. 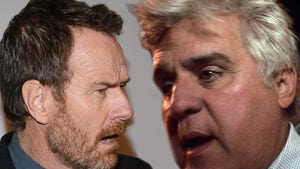