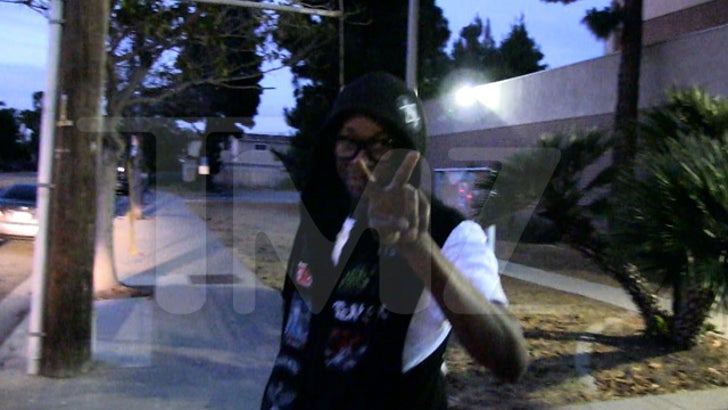 2 Chainz is quite the businessman ... 'cause when TMZ shot the rapper leaving an L.A. police station after his LAX drug arrest yesterday, he used the opportunity to promote his upcoming album.

TMZ broke the story ... 2 Chainz was booked on felony narcotics possession when TSA officials found Promethazine in his luggage -- one of the 2 main ingredients in sizzurp. Cops say he also had pot, but less than an ounce.

The rapper seemed pretty positive while leaving the police station -- flashing a peace sign, while sporting a hooded vest.

After he left the station, 2 Chainz tweeted about the situation -- saying, "Nobody took Anything from me, i didn't get shot, I'm not in jail, Don't know wut else to tell ya. Sorry if I disappointed anyone, maybe next time."