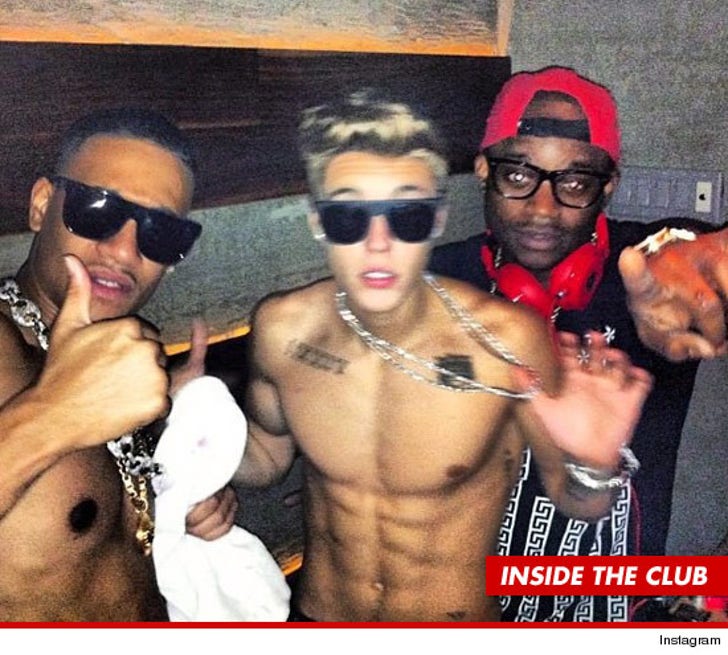 2:23 PM PT -- Management at Bodi nightclub issued a statement to TMZ ... saying, "On Tuesday night, Justin Bieber made a brief appearance at Bodi to support his close friend, DJ Tay James, who was performing at Bodi that evening."

Bodi continues, "Justin was not served any alcoholic beverages while at Bodi" ... adding, "Neither Justin nor anyone affiliated with Bodi broke any laws."

"We believe this matter amounts to a simple misunderstanding with local police officers. We have requested a meeting with Chicago's local liquor control commissioner and look forward to resolving the situation quickly."

Justin Bieber was kicked out of a Chicago nightclub this week ... when cops determined the 19-year-old pop star was being illegally served alcohol inside the establishment ... TMZ has learned.

It all went down Tuesday night at Bodi nightclub in Chi-town. We've learned ... cops entered the joint after being tipped off that Bieber and his crew were inside the 21+ establishment -- and allegedly boozing.

Bieber was immediately kicked out of the place and cops delivered a citation to the club honchos for: "Serve/allow person under 21 on premises w/o parent/guardian."

The citation specifically refers to Justin Bieber and his "entourage."

A rep for the Chicago Department of Business Affairs and Consumer Protection tells TMZ, "The ticket was issued by the police to Bodi Nightclub for admitting and knowingly having underage persons in the establishment."

The rep adds, "Typically the fine for a ticket like this would be $1,000.00, but the fine is not determined until the case is heard by a hearing officer and if the establishment is found liable for the violation."

A hearing on the matter will be scheduled for the near future -- Bieber will probably NOT be forced to attend. 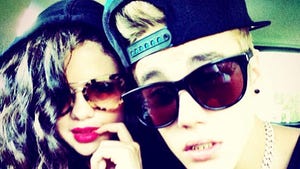 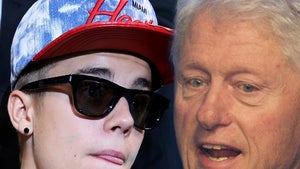