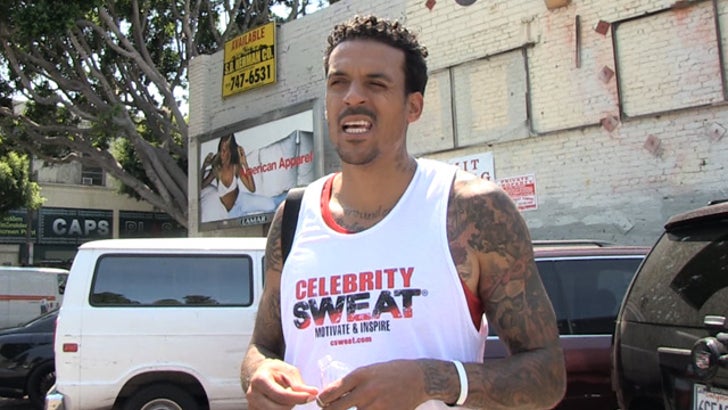 After more than a decade in the league, NBA star Matt Barnes FINALLY signed the mega-contract he's always wanted ... telling TMZ, "I've been underpaid for a long time."

Barnes -- who recently inked a 3-year $11 million deal with the Los Angeles Clippers -- was working out at TapouT in L.A. yesterday when we congratulated him on striking it rich.

When we asked why he thought it took so long to get such a big contract, Barnes didn't hold back -- saying, "I don't know ... I don't think they liked me."

It's unclear who the "they" is ... considering he's played for multiple NBA teams including the Lakers, the Suns, Orlando and Golden State.

FYI -- back in 2010, Barnes passed on more lucrative offers to sign with the Lakers, hoping the opportunity to play in L.A. would lead him to a bigger contract down the line. It didn't work out at the time, but after the incredible season he had with the Clips last year, it would have been hard for the team NOT to show him the money.