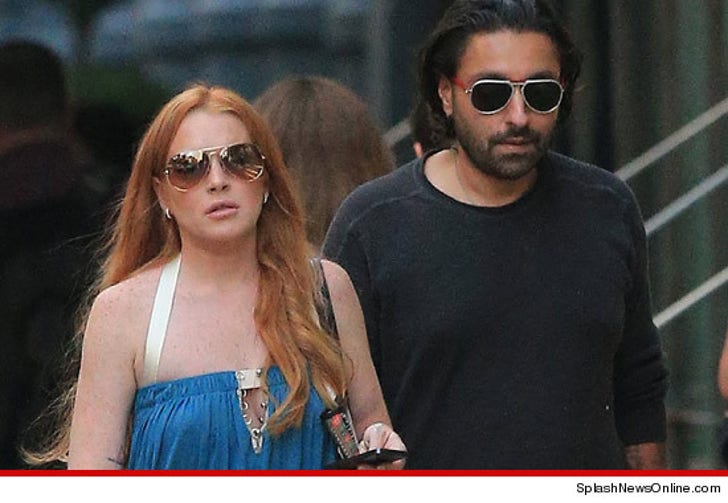 Lindsay Lohan is fiercely defending her decision to hang with a friend who has an even more checkered past with drugs than her, and actually thinks it's a positive step for her recovery -- problem is ... she's delusional.

Sources close to Lindsay tell TMZ ... she doesn't understand why her shopping trip with Vikram Chatwal would raise concerns she's hanging with a bad crowd, and putting herself in danger of a relapse.

As we previously reported ... Chatwal was busted for drug possession in April, but avoided jail by agreeing to 12 months of in-patient rehab.

We're told Lindsay thinks Vikram is good company because, like her, he's been through several rehab stints ... and is currently in recovery.

Here's the flaw in that argument ... multiple drug counselors -- from reputable clinics -- tell us Lindsay's playing with fire by hanging with old friends connected to her partying ways.

Most counselors told us ... it's "not recommended" for recovering addicts to hang with another addict -- especially if it's been a short stretch since they got out of rehab.

Lindsay's been out for 22 days, and while it's unclear when Vikram was last in treatment ...his drug bust was just 4 months ago. Not to mention, neither volunteered for rehab, but had to be forced by a judge.

As one counselor put it ... "Why hang out with someone whose commitment to sobriety isn't airtight."