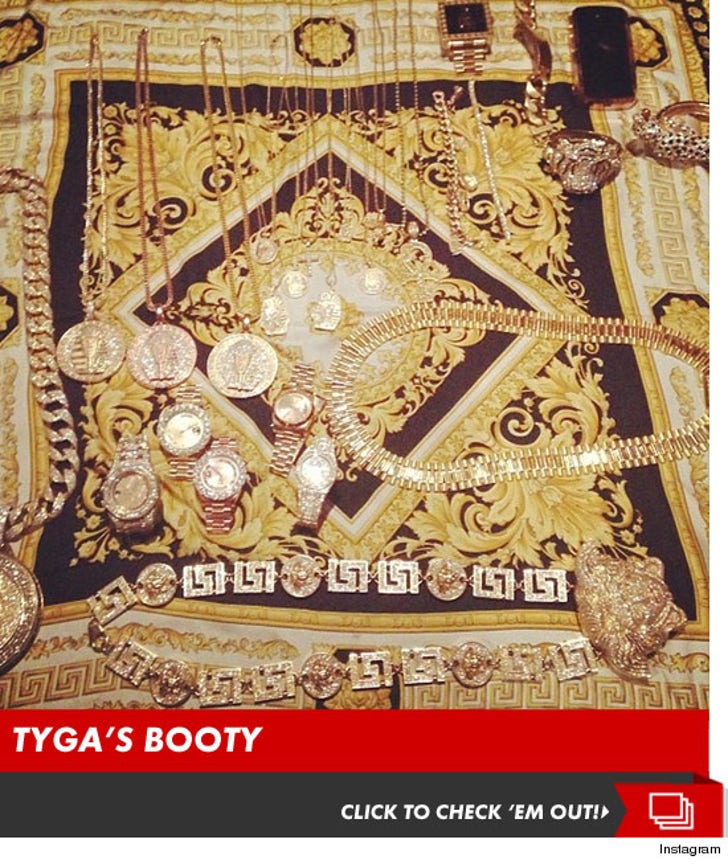 In a move that says, "F You, I'm too rich to steal your crappy diamonds" ... rapper Tyga has posted a photo of the contents of his jewelry box hoping to publicly shame the guy accusing him of thievery ... and at the very least, it's damn impressive.

We broke the story ... Tyga is being sued by Jason of Beverly Hills -- a famous jeweler who claims Tyga never paid for $91k in diamond and gold jewelry back in 2012 (a pantheon timepiece and a chain).

But hours after we published the story ... Tyga went to Twitter and posted a photo of his finest 27 gold pieces ... with a message that reads, "Shout out to my Jeweler @emitthejeweler !!!!! I don't f*k with #bitchn**gas @jasonofbh."

Translation -- I'm too rich to steal your crappy diamonds and I've got a better jeweler than you anyway.

As for the jewelery at the center of the lawsuit ... those 2 pieces were not on display in Tyga's Instagram pic. 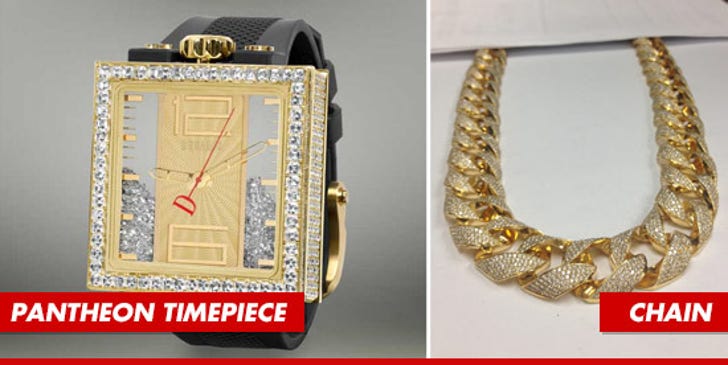