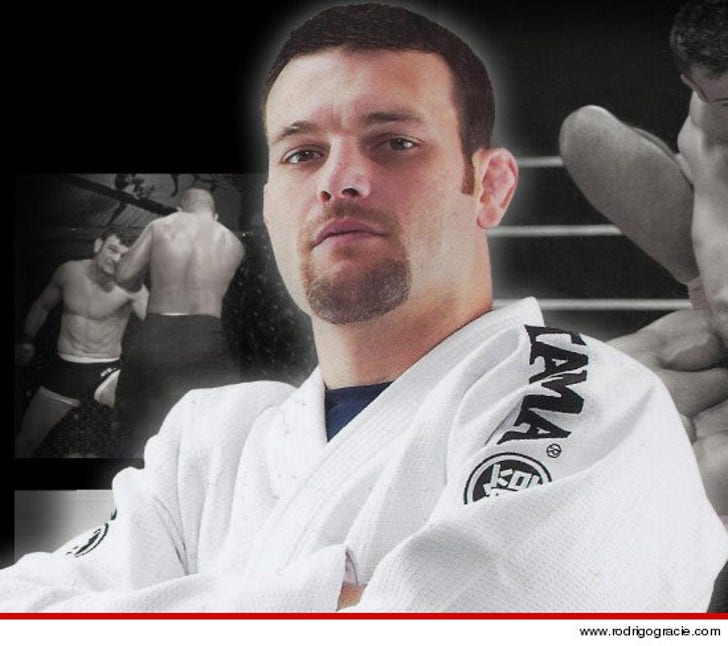 Jui Jitsu master Rodrigo Gracie -- a member of the legendary Gracie MMA fighting family -- is begging the court for protection against an allegedly drunk and violent enemy ... TMZ has learned.

In the other corner ... 5'3", 135-pound woman named Tiffany -- who lives in an apartment above Gracie's Brazilian Jiu Jitsu studio in Torrance, CA.

Rodrigo filed a request for a restraining order against Tiffany last month, claiming she's been terrorizing his training center:

"[Tiffany has been] cursing, yelling, hitting my door, hitting the glass ... knocked a hole in my door ... comes drunk every time."

The judge sided with Rodrigo ... at least for now ... granting a temporary restraining order against Tiffany, requiring her to stop pestering Rodrigo and his studio.

The case is due back in court later this month -- when Rodrigo will likely ask the court for more permanent protection from his allegedly pain-in-the-ass neighbor.

Attempts to reach Tiffany were unsuccessful.