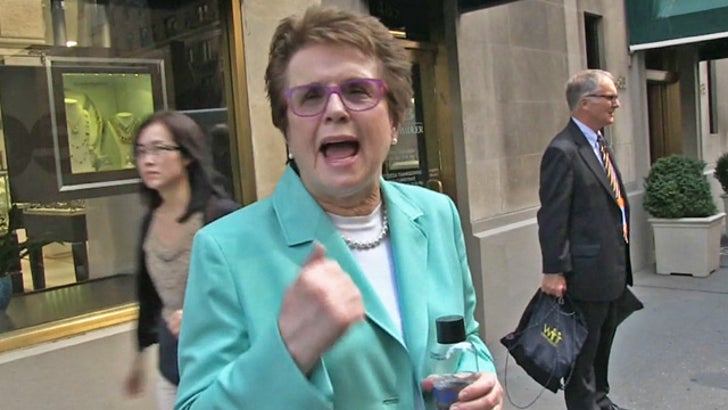 Billie Jean King is calling BS on reports the mafia rigged her famous Battle of the Sexes tennis match with Bobby Riggs ... telling TMZ, "I just beat his butt and that's it."

The allegations surfaced in an ESPN investigation last month -- a country club worker claims he witnessed a secret meeting between Riggs and the mafia, in which Riggs agreed to throw the famous 1973 match if the mob forgave his $100k gambling debts.

But King says the whole story is ridiculous -- telling us, "[Riggs] was not that kind of a guy. He didn't play around with the mafia."

BJK also says Riggs had more of a financial incentive to WIN their duel -- because had he emerged victorious, he would have had the chance to play in a MILLION DOLLAR match.