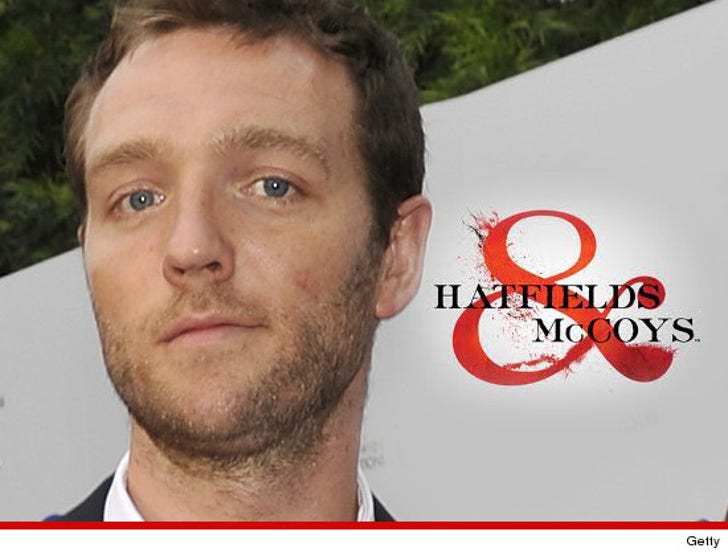 The guy who played Jim McCoy on the hit History Channel mini-series "Hatfields & McCoys" claims he was bucked off a horse on the set and suffered serious injuries back in 2011 -- and now he's suing, TMZ has learned.

Thomas McKay -- who also stars in "The White Queen" on Starz -- has filed a lawsuit against the producers of "H&M" claiming they lied to his face when they told him he was in good hands with the on-set horse experts.

According to the suit, filed in L.A. County Superior Court, Thomas claims the handlers were not only incompetent -- but they put him on a horse that was ill and out of control.

The result -- Thomas claims his horse became uncontrollable during the filming of a scene, bolted, and "subsequently threw [him] into a tree."

McKay claims he suffered serious and permanent injuries -- which caused "great physical, mental and nervous pain." The exact injuries were not disclosed.

McKay also claims the horses were abused on the set -- which was in Romania.

The 33-year-old actor is suing Hatfield & McCoys Productions, Thinkfactory Media and others for unspecified damages.