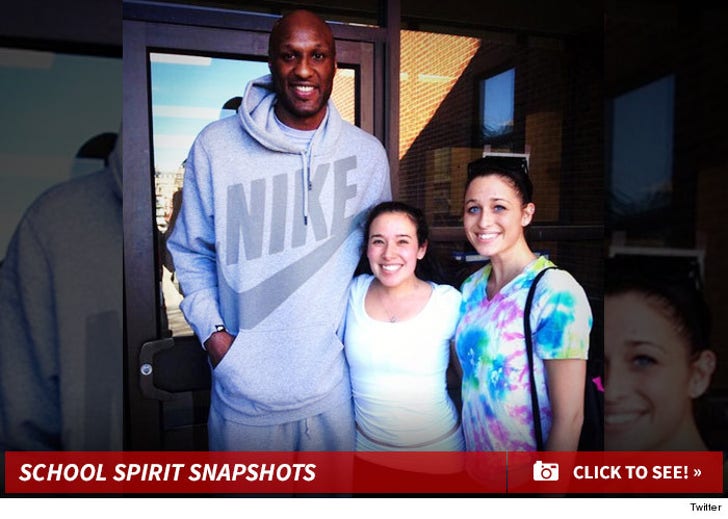 Lamar Odom has escaped to his Alma Mater – the University of Rhode Island – for the week ... and is hitting the courts at his old gym ... presumably training for his alleged return to the NBA.

Lamar told our camera guy over weekend he's been in talks with the LA Clippers ... after his career was derailed this summer by a serious crack problem.

The assistant coach at URI – Preston Murphy – was a former teammate of Lamar’s when they played college ball together back in ’98 … and it looks like Murphy is letting Lamar use the facilities to train while the team is away for the week.

Lamar has been mugging with students on campus.