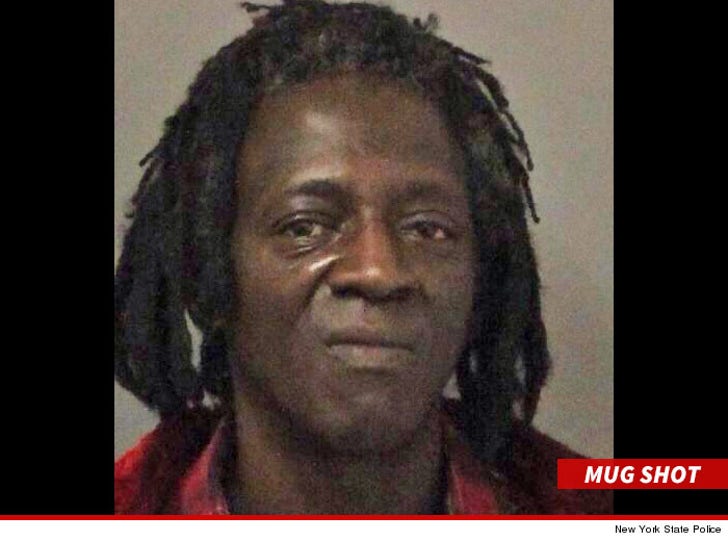 Flavor Flav was arrested today in Hempstead, NY in a bizarre bust ... triggered by the fact Flav had 16 suspensions on his license -- yes, 16.

According to cops ... Flav was driving a black Hyundai when cops spotted him ... claiming he was driving 79 in a 55 zone.

Upon further investigation ... troopers discovered Flav had 16 license suspensions. Law enforcement tells TMZ ... Flav had a variety of unpaid tickets that resulted in the suspensions. In addition, they found a small amount of marijuana.

Flav was arrested for felony aggravated unlicensed operation of a vehicle. He was booked, released without bail and went on to attend his mother's funeral.

We don't know how he got to his mom's funeral -- hoping he didn't drive.