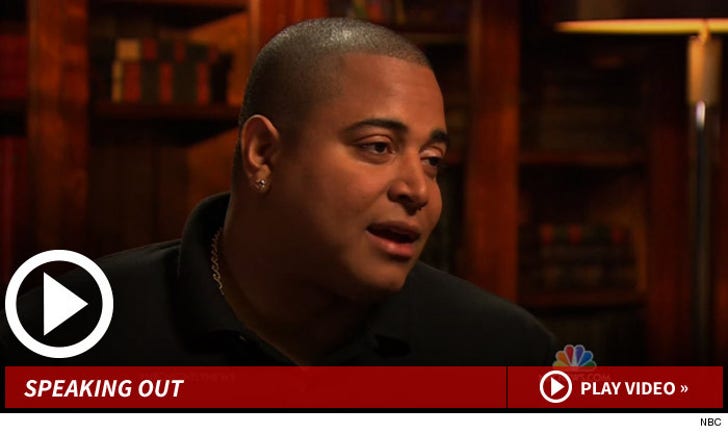 Jonathan Martin says he HABITUALLY targeted with "vulgar" verbal attacks during his stint with the Miami Dolphins ... and finally left the team because he just couldn't take the constant harassment.

NBC has just released a teaser of Tony Dungy's big interview with the NFL player -- in which Martin never mentions Richie Incognito by name, but certainly implies he was bullied without mercy.

He continued, "I wish I had more tools to solve my situation. But I felt trapped – like I didn’t have a way to make it right. It came down to a point where I felt it was best just to remove myself from the situation."

For his part, Incognito has adamantly denied bullying Martin.

As we previously reported, the two exchanged graphic taunts in text messages back and forth to each other during their time on the team together.

Incognito has previously explained that he considered Martin one of his best friends and that the texts were in good fun.