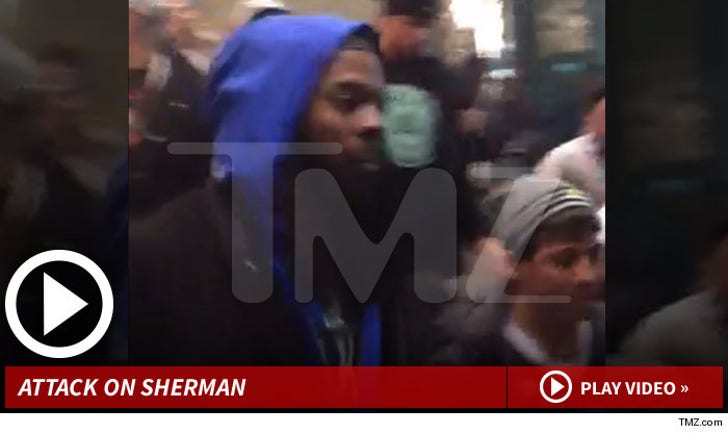 Richard Sherman was feeling the love -- AND THE HATE -- in New York last night when he was confronted by a Broncos fan who started talking all sorts of trash ... and TMZ Sports has the footage.

Sherman was leaving the Nets game in Brooklyn along with some of his Seahawks teammates when a Denver fan started heckling at close range.

"Sherman, let's go Broncos, Sherman ... Demaryius is gonna OWN YOU this week!"

That's when some of Sherman's supporters got his back -- screaming back at the Denver fan.

You can hear one Sherman fan yell out, "Number one corner in the game. Number one f**king corner baby!!! Talk it -- we love it in New York!"

Sherman stayed composed during the incident -- and made it back to the team bus without engaging the haters.