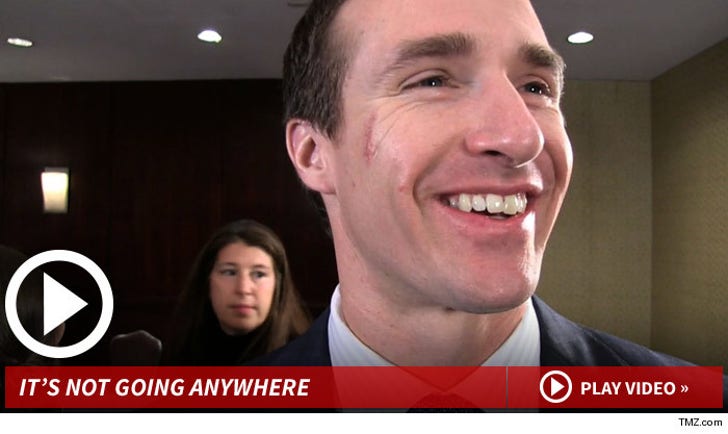 Drew Brees tells TMZ Sports ... he's COMMITTED to the famous birthmark on his face and has no plans to remove it ... EVER ... unless doctors tell him it poses a threat to his health.

This video is AWESOME ... Brees was at a NYC event for the Super Service Challenge -- an organization that encourages people to do positive things in their communities -- when he opened up about all sorts of stuff.

Besides the mole talk, Brees (who's from Texas) set the record straight about which movie more accurately portrayed his high school football experience in the Lone Star State -- "Varsity Blues" or "Friday Night Lights."

His explanation actually makes a lot of sense.

As for the Super Service Challenge -- Drew also tells us why he believes the organization is so important to him and his organization, The Brees Dream Foundation. 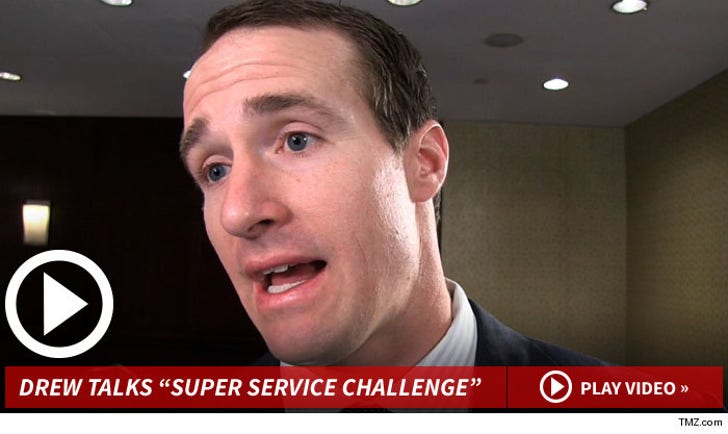