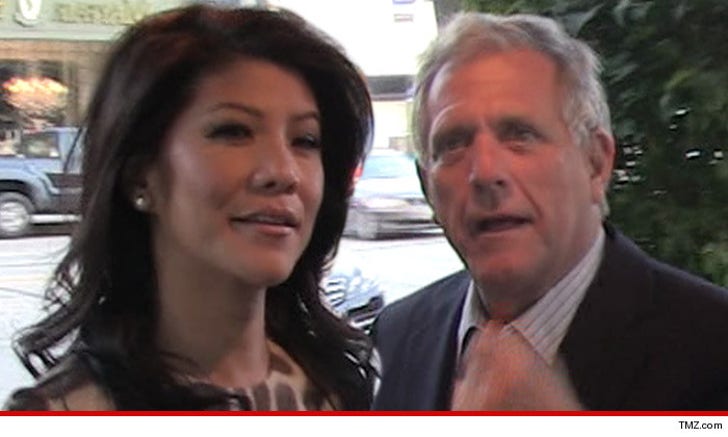 Julie Chen is going back to her Chinese roots -- giving her maiden name top billing ... over Les Moonves no less!

When Julie married CBS honcho Leslie Moonves back in 2004, she changed her legal name to Julie Moonves. But since then she's had a string of big jobs, including host of "The Talk" and "Big Brother," as well as anchor on the "CBS Early Show" -- where she was billed as Chen.

This created problems. Julie tells TMZ, "Some places list me as one last name versus the other and when you have to show ID ... like at The White House or airport it could stall things when it was not a match... It was a hassle." Jeez ... how cool is that -- a hassle at The White House. It's like "Scandal" only real.

So Julie has filed a petition to change her name again -- this time to Julie Chen Moonves -- no hyphen. We're guessing the judge will approve the petition because everyone in L.A. wants a job with Les and we're guessing he's down with the change.

Chen out. Chen in.