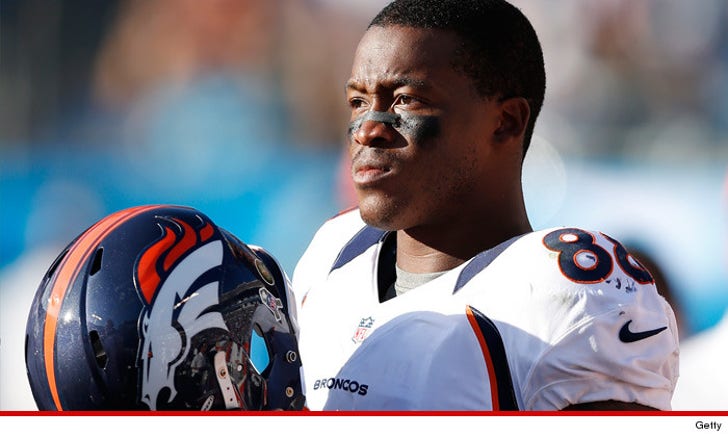 He may have moved on to a better QB ... a much, much better QB ... but Demayrius Thomas tells TMZ Sports he still keeps in touch with his old quarterback Tim Tebow.

Of course, Thomas was on the receiving end of the greatest play in Tim's career -- when he took a Tebow pass 80 YARDS on the first play in overtime to lead Denver over the Steelers in a 2012 playoff game.

"It's not like we don't speak anymore because he's not a Bronco."

As for the big game, D.T. says he's preparing with a solid pre-game dinner -- pasta with meat sauce and ground turkey.