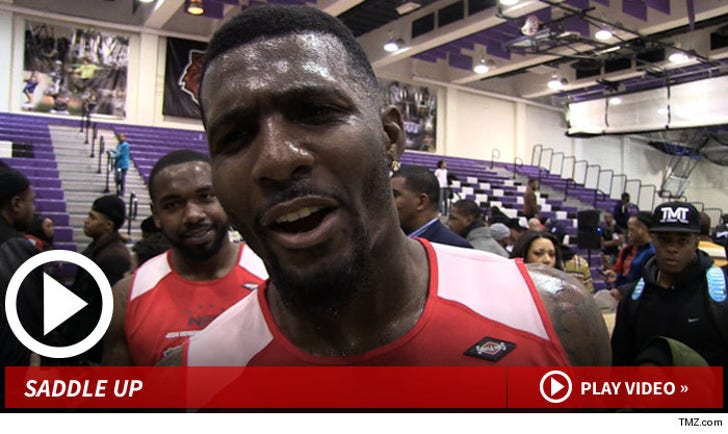 Dez Bryant tells TMZ Sports ... he would NEVER consider playing for another team in the NFC East -- because he wants to spend the rest of his NFL career on the Dallas Cowboys!!!

The wide receiver was ballin' it up at the Gridiron Celebrity Hoops charity event in Harlem yesterday when he told us straight up ... he doesn't even WANNA THINK about playing for another squad.

"I don't even think about leaving Dallas ... I'm Dallas forever. It's gonna stay that way."

We also asked him to name the best owner in the NFL -- let's just say he gave the right answer if he wants to stay in Big D.