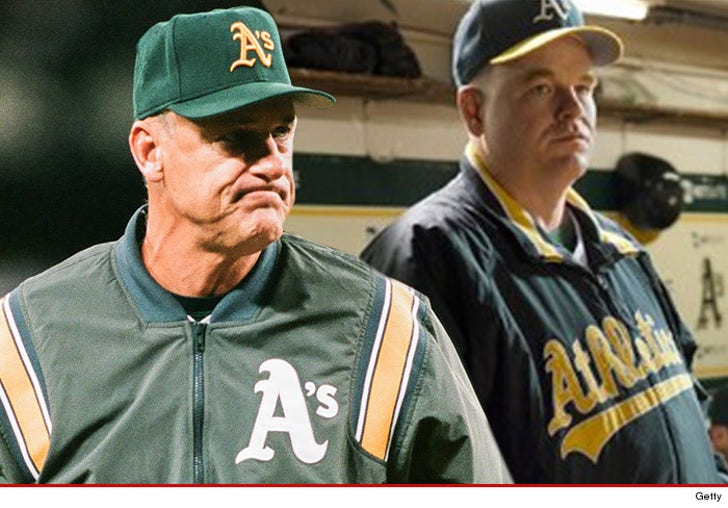 He didn't like the way Philip Seymour Hoffman portrayed him in "Moneyball," but former Oakland A's manager Art Howe tells TMZ Sports he never held a grudge against the actor ... saying, "He was just playing the part he was given."

Howe says he was "in shock" when he learned PSH had passed away Sunday ... explaining, "We never got to meet. I remember reading an article where he said he wanted to meet me and apologize for how he portrayed me. Now we're never going to have that chance."

Howe says he was very unhappy with the way he was portrayed in the flick -- but says he points the finger at the producers and the writers ... not PSH.

"Even though I didn't agree with the way I was portrayed, I didn't blame him -- he was just playing the part he was given," Howe says.

"He was an outstanding actor, it's a big loss to the acting world. He's going to be missed."