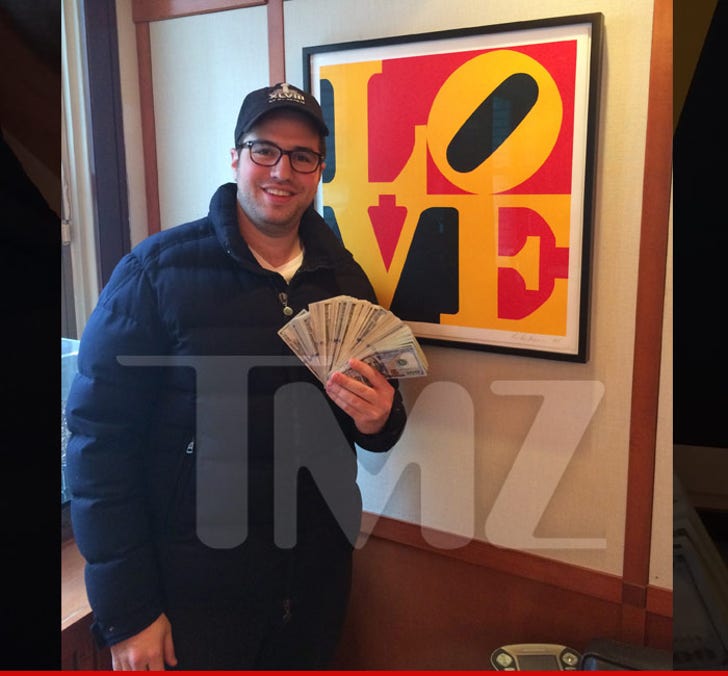 It's all the more impressive because 2 years ago Jona made the same type of bet -- and when the Giants scored a safety Jona walked away with $50K ... and gave it ALL to charity.

Jona tells us ... he's donating this year's winnings to the Simon Wiesenthal Center and to the Stewart J. Rahr Foundation.

Jona's chose the Wisenthal because it promotes tolerance and Rahr because its reach goes way beyond athletes and celebs, saying "[he] changes the lives of millions of people everyday."

You might want to fly on the plane Jona takes. 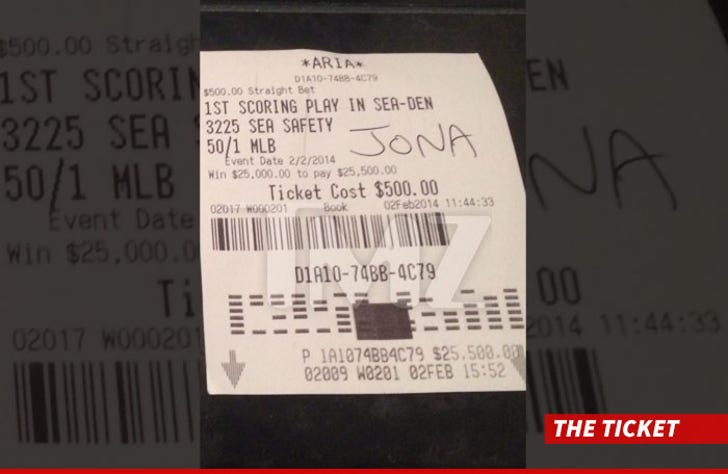