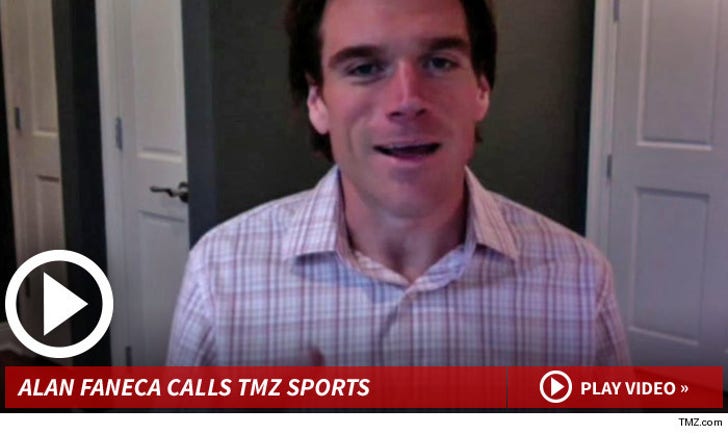 Fatness often plagues NFL players after they retire -- but former lineman Alan Faneca tells TMZ Sports he's helping his old teammates win the battle against obesity .... just like he did. 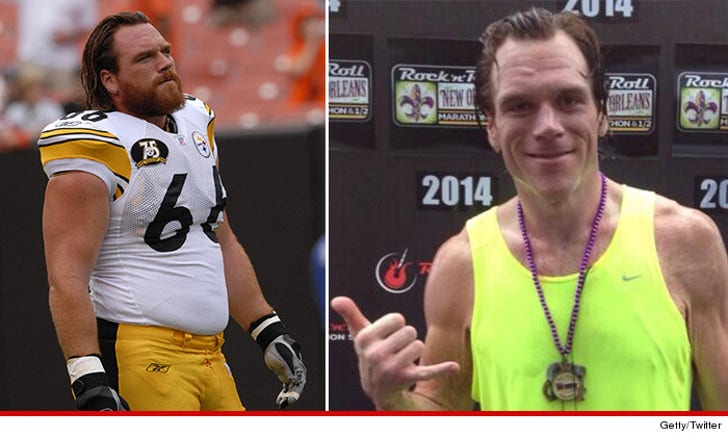 "There's no reason to be 320 and be walking around post-football," Faneca says ... noting that he made the decision to shed the weight after considering the long-term health issues that have plagued NFL big men in the past.

And now that he's successfully slimmed down, Alan says he's passing along his weight loss secrets to some of his old friends from the Steelers, Jets and Cardinals.

"I have had some buddies reach out that have had trouble and struggled," Alan said while appearing on the "TMZ Sports" TV show ... explaining, "If you dont make that transtiton kind of quick, all of the sudden that 320 turns into an ugly 350."

Faneca says he still gets cravings for chocolate chip cookies -- but says he's managed to ween himself off his most dangerous snack item ... a snack that contained 1,000 CALORIES.